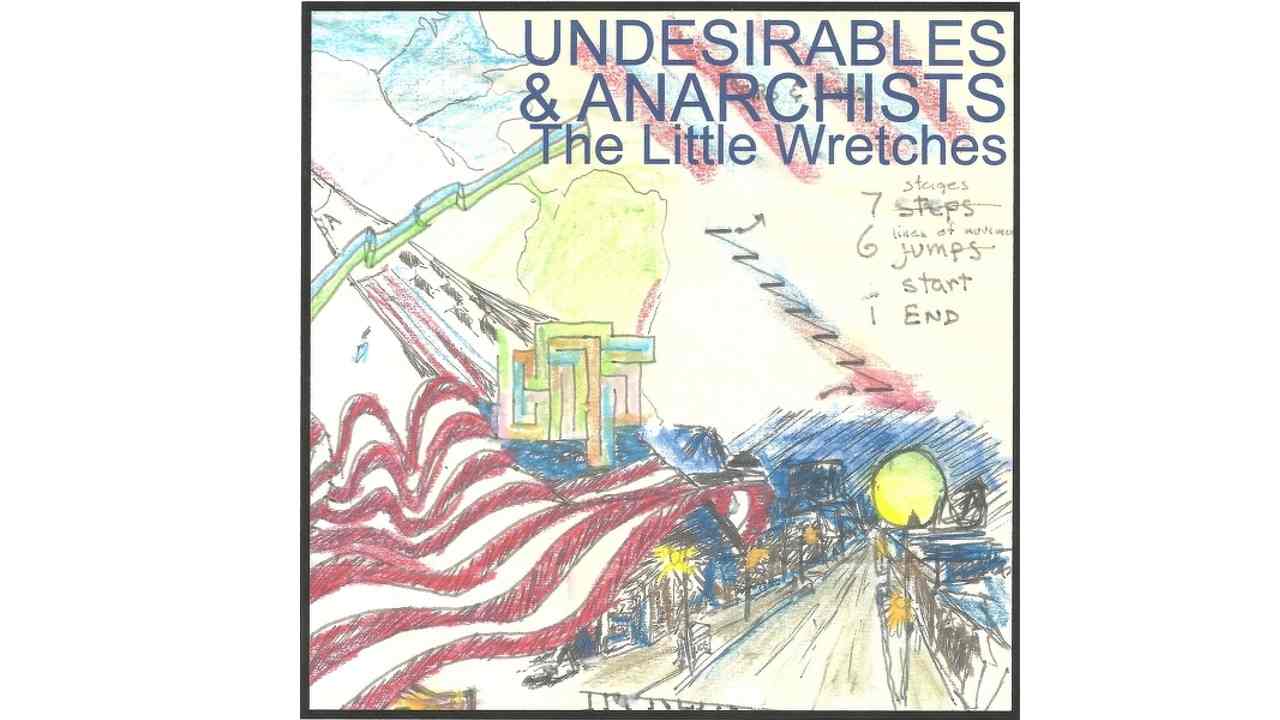 The Little Wretches' founder and songwriter Robert Andrew Wagner tells the story behind "The Ballad Of Johnny Blowtorch" from their latest album, "Undesirables & Anarchists." Here is the story:

The real Johnny Blowtorch was named John H. Creighton, and virtually all who knew him regard him as the most talented person they ever met, as humble and soft-spoken as Buddha or Jesus Christ off-stage and as dynamic and explosive as Iggy or Jimi or Elvis when he stood at the microphone.

The real Johnny Blowtorch could work miracles. Ever seen one?

This one time, it was one of the first warm nights of spring, and the streets around the University of Pittsburgh were overflowing. Every kid from the dorms was walking the streets, ghetto kids on the corners, cars circling the blocks, radios blaring.

When people are out in huge numbers, the cops are always ready to tune somebody up to show they're in control. Look at them cross-eyed, there'd be a dog straining at his leash to get at you, and every night, some poor dark-skinned bastard had to be chewed to pieces.

Outside The Original Hot Dog Shop, this Cadillac pulls up and double-parks. The driver is some dapper old dude, at least sixty years old, dinner suit, fedora, alligator shoes. He's gonna pick up a nine-pack, probably thinking that the cops won't write him a ticket as long as he keeps the engine running.

As soon as the dude steps on the sidewalk, a campus cop has his nightstick around the dude's throat. The dogs are loosed, and two German Shepherds, get a grip and start shaking their heads as though they're trying to rip off a chunk.
The other cops have brandished their clubs, wailing on the dude. He's limp and flopping like a rag doll, reduced to red pudding held into shape by the remaining shreds of his dinner suit. Two police vans pull up, and they toss what's left of the old guy into the back of a van.

One cop looks at us, "Get moving now or we're taking you all in!"

Our friend Julie mutters under her breath, "You're a racist motherf***er."

He drags her and tosses her into the van with the remains of the old dude, and the cops are whipped back into a frenzy. They're swinging their clubs at invisible bodies as if to show the crowd what will happen if you don't get the f*** out of here right this very second.

I'm obediently backing off with the rest of our friends, and we're nearly a half block away when I look up and see Johnny Blowtorch in his red ski cap. He's a tall dude, and you could see his red hat above the crowd. That red cap goes straight into the circle of cops.

You know what has to happen. They spared Julie, but the cops cannot allow themselves to be challenged a second-time, and John is going to suffer for this. But instead of beating on him, the cops just kind of gaze at each other. Puzzled. "You gonna hit him? I ain't hitting him, you hit him."

Me and my crew are a half block away. There is no way we should have been able to hear him so clearly at that great a distance. He had an almost whisper-in-your-ear tone of voice.

"You can't do that, can you?"
The cops, simultaneously, relax their battle stances. Their arms go to their sides. Their weapons return to their belts.

"Take her home and tell her to watch her mouth."

Cop opens the hatch. Julie climbs out, wiping the old dude's blood from her hands to the legs of her jeans. Johnny hugs her, and they turn and walk away. Everybody's looking around. It's over. It can't be over just like that, can it? Did you see that dude in the red hat? Even the cops are wondering what happened.

Nobody who saw it will ever forget. If this wasn't an actual miracle, then it was, at a minimum, the most courageous thing I've ever seen. But that was Johnny Blowtorch, the guy in the red hat. I wish you could have known him. I hope you like the song.