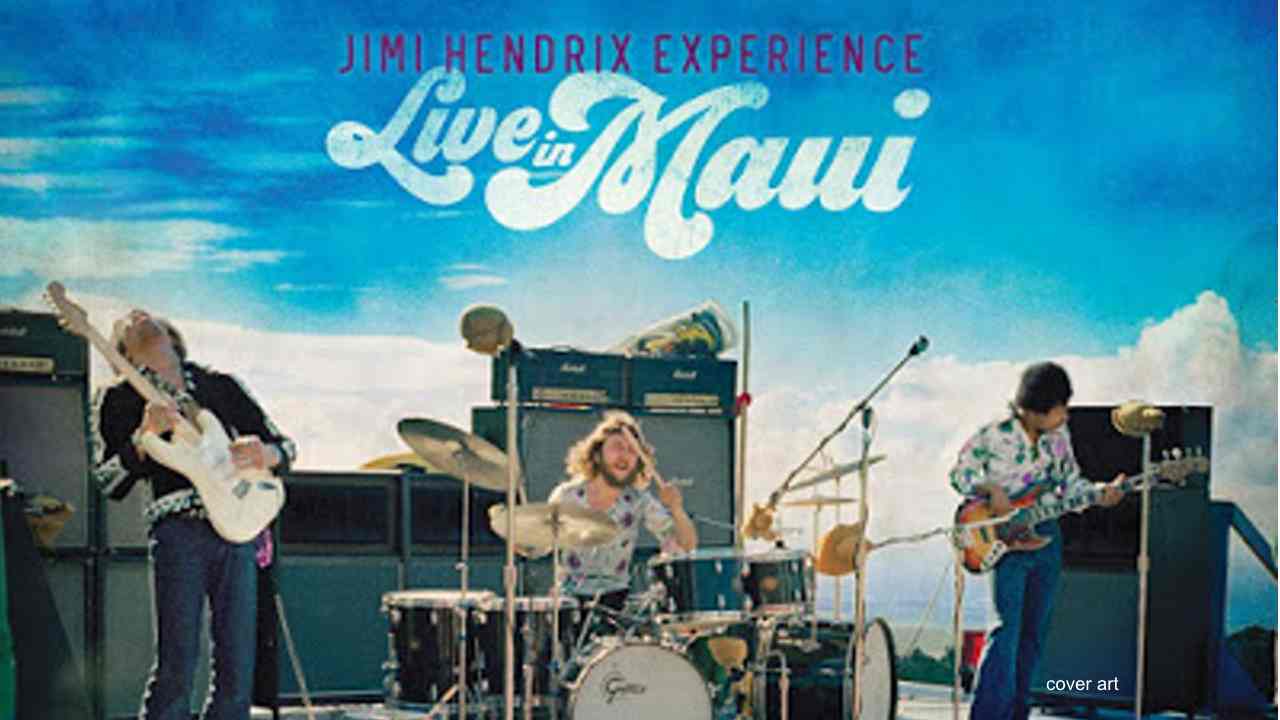 (hennemusic) A new documentary and live album capturing Jimi Hendrix's 1970 appearances in Maui will be released this fall. The film "Music, Money, Madness . . . Jimi Hendrix In Maui" chronicles the Jimi Hendrix Experience's visit to the Hawaiian island and how they became ensnared with the ill-fated 1971 "Rainbow Bridge" movie produced by their controversial manager Michael Jeffery.

Inspired by "Easy Rider" and directed by Warhol acolyte Chuck Wein, Jeffery's film centered around the idea of a "rainbow bridge" between the unenlightened and enlightened worlds; when it appeared to be going off the rails, the manager arranged for a free Hendrix concert on the lower slope of the dormant Haleakala volcano to be a part of the package.

Ahead of a scheduled concert in Honolulu on August 1, the free Hendrix show filming on July 30 delivered two sets with the guitarist joined by bassist Billy Cox and drummer Mitch Mitchell, with the latter overdubbing his drum tracks at Electric Lady Studios in 1971 just so some of those performances could be featured in the film.

"Mitch did a tremendous amount of work on the overdubs," says producer Eddie Kramer. "If he didn't get it in one take, he certainly did in the second one and I was so blown away by his ability to duplicate the parts he had already played! He was determined to fix what suffered on the recordings due to the 50 mile an hour winds because they were playing on the side of a bloody volcano!

"After Jimi died it took a while before I was able to go back to the closet with all the tapes. Mitch was a trooper with a can-do British attitude. It's all very well to overdub drums, but to do it so you can't tell, that's the magic. He knew the material extremely well and it's a tribute to his sensitivity as a great musician and an equal and willing partner of Jimi's."

While a posthumously-released Rainbow Bridge soundtrack album was made available, the project did not include audio from the Maui concert.

Due November 20, the documentary will arrive in sync with the release of "Live In Maui", an album which features the two full sets as performed. Read more and watch the trailer here.