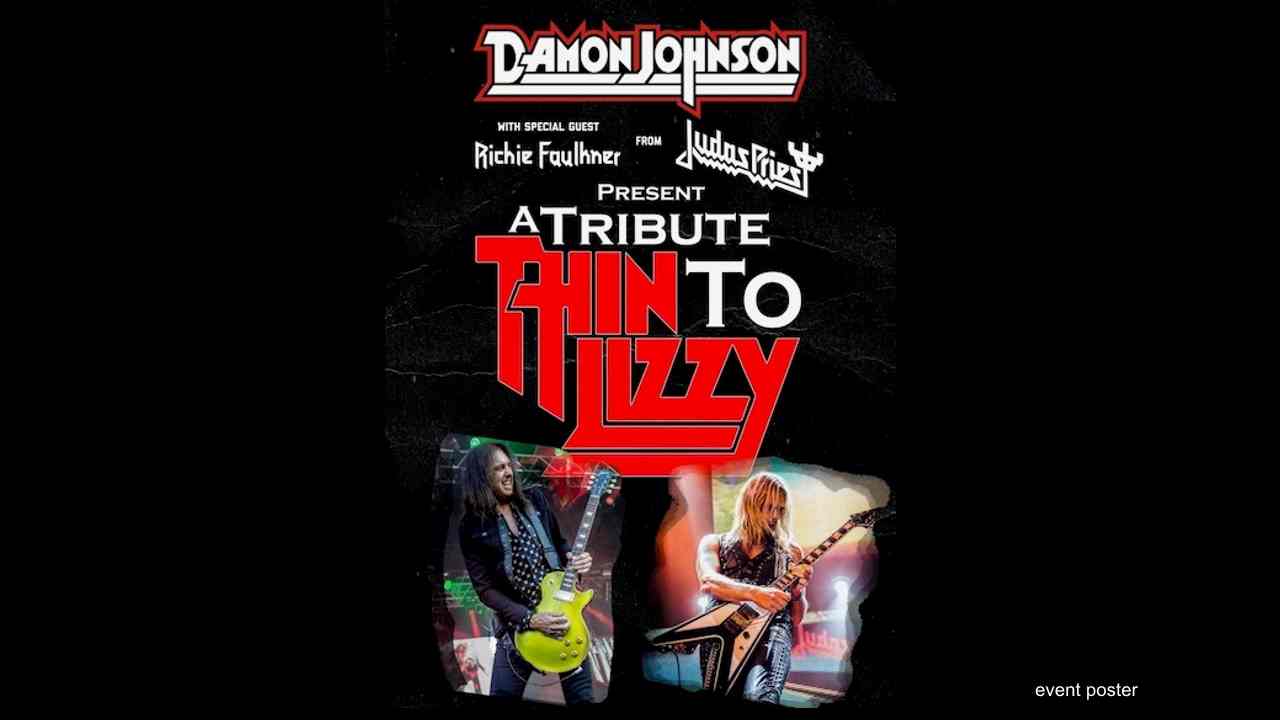 (hennemusic) Damon Johnson will lead "A Tribute To Thin Lizzy" livestreamed show on Friday, September 25th. A current touring member of the legendary Irish outfit, Johnson will be seen performing with his band The Get Ready in his hometown of Nashville and will feature guitarist Richie Faulkner of Judas Priest.

The event will present classic Thin Lizzy tunes alongside the live debut of the title track to Johnson's forthcoming album, "Battle Lessons", ahead of its release later this year.

"I'm beyond thrilled to have my old friend Richie Faulkner join us on guitar," says Johnson, "as we pay tribute to Phil Lynott and Thin Lizzy: a band that has meant so much to all of us for so long. Plus we're going to perform our new single for the first time anywhere."

"Damon is a good friend of mine and Thin Lizzy is part of my DNA as a guitar player," adds Faulkner, "so it was an honor to be asked to rock some Lizzy classics with him and The Get Ready." Read more here.