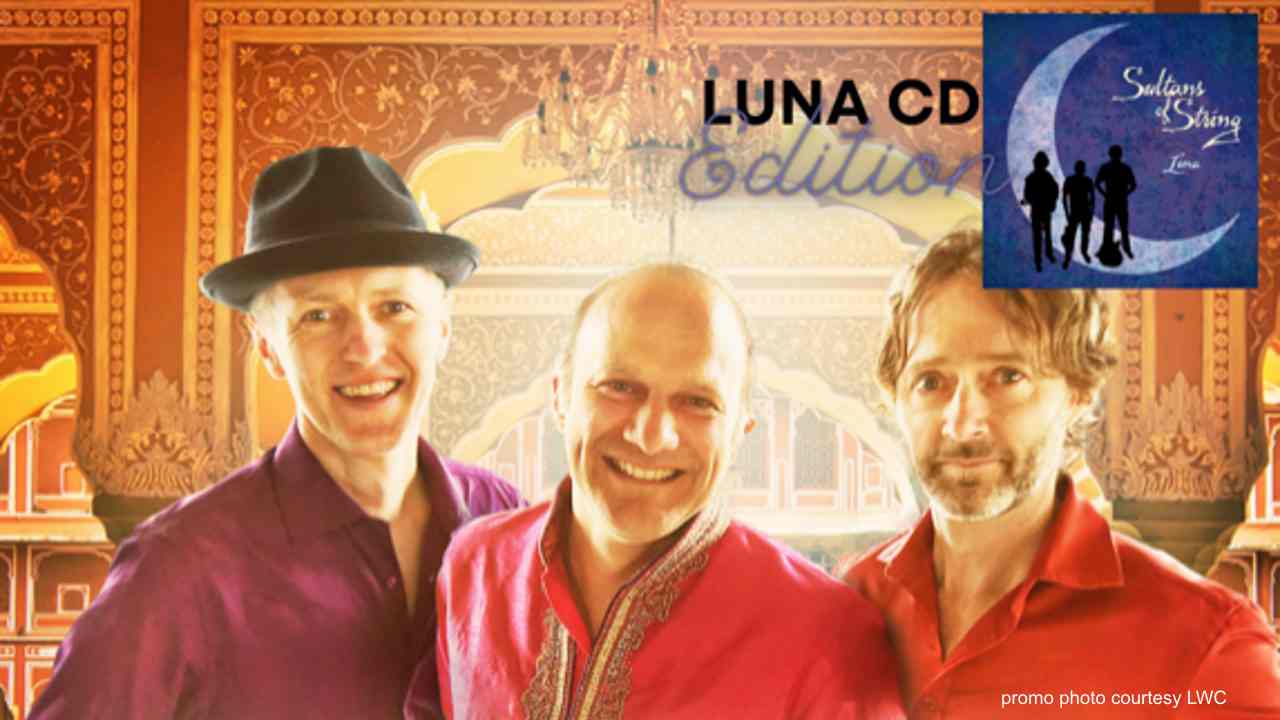 Sultans of String have announced that they will be staging their very first Interactive Live Stream concert on Sunday, September 27th at 3:00pm EDT (12:00 noon PST / 8:00pm in the U.K.)

"Our plans is to ZOOM the show, which is a super fun way to create a community experience among our fans, since we'll all be able to see each other" says bandleader and Queen's Diamond Jubilee Medal recipient, Chris McKhool.

"We are going to recreate our debut album together, called Luna, that we recorded back in 2007. This is the album that started it all, and contains a lot of our hits and a few gems we don't usually play as well"

Tickets for the stream are available here.