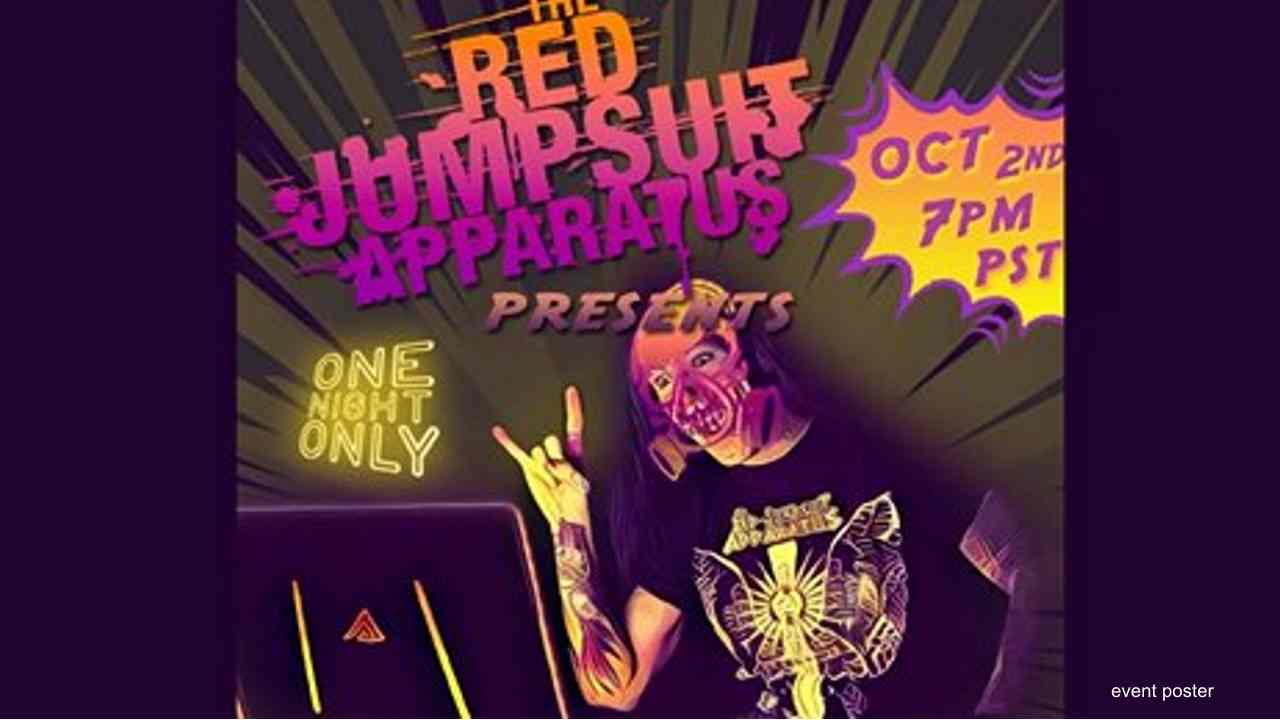 The Red Jumpsuit Apparatus have announced that they will be playing a special livestream concert at the Whisky a Go Go in Hollywood on October 2nd.

The group will be doing the special event to celebrate the release of their newly release "The Emergency EP" and will be playing the effort in full and will also do a Q&A session with viewers.

They will finish the night with a special celebration of the 14th anniversary of their debut album, "Don't You Fake It", by playing that record in its entirety.

Vocalist Ron Winter had this to say, "After much planning on how to safely travel and meet up, we are just excited to see one another! We have not hung out since March, because 3 of us are full time parents. We also never had a chance to jam The Emergency EP as a full band because the last track was written and recorded in quarantine.

"It's not just about the show, we needed this as people. Safety measures are in place and we have the green light from our families. Plus, we wanted to make this unique streaming event extra special for our fans, by playing the 'Don't Your Fake It' album to cap off the night. Let's get loud!" Fans can purchase tickets here.