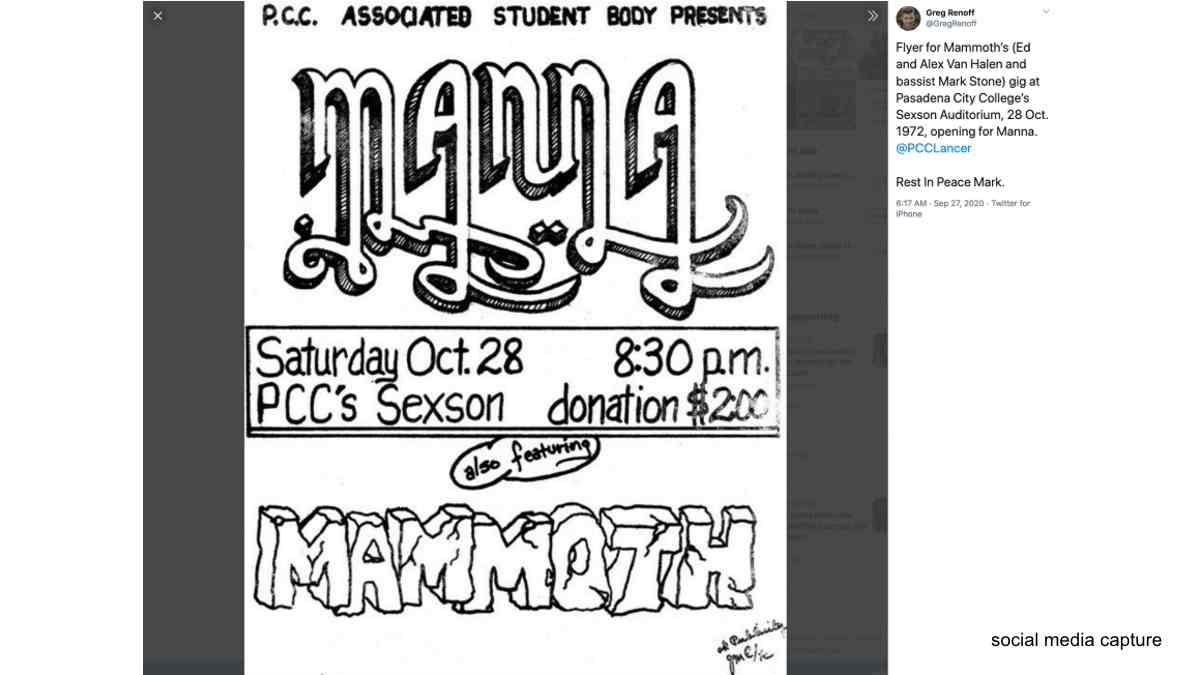 Original Van Halen bassist Mark Stone has passed away on Saturday (September 26th) after a battle with cancer. His passing was confirmed by his broth on Social media.

Mark played bass with Eddie and Alex Van Halen in their early bands Genesis and Mammoth. Soon after they recruited David Lee Roth, Mammoth changed their name to Van Halen.

Stone would go on to play with Van Halen until mid-1974 when he was replaced in the band by Michael Anthony, because the band reportedly felt that Mark was focused on his education more than the band.

Van Halen Rising author Greg Renoff shared via Twitter, "Just got the very sad news that Mark Stone, who played bass with the Van Halen brothers in Genesis, Mammoth, and Van Halen between 1970-1974, has passed away.

"Mark helped lay the foundation the band we all love. RIP. Condolences to his wife and all those who loved him."