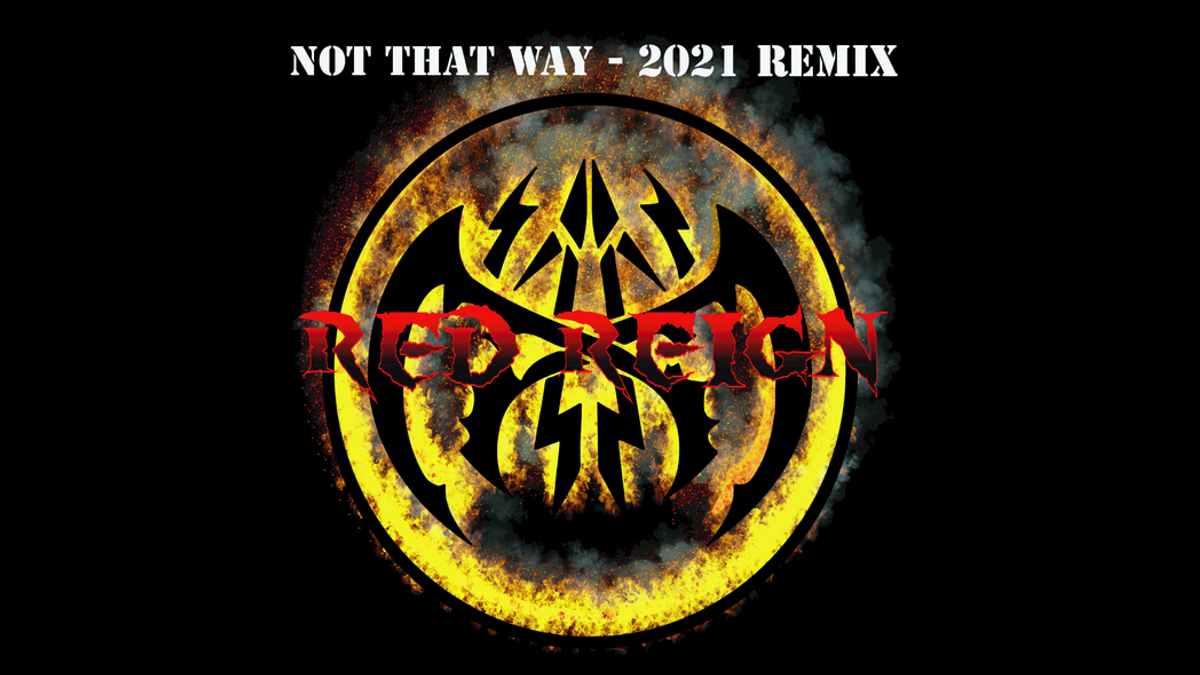 Richmond, Virginia rockers Red Reign have released a lyric video for their brand new 2021 remix of their song "Not That Way". The original version of the track appeared on their 2016 self titled EP.

Sammy Lee has this to say about the new version of the song, "We are excited to release the '2021 remix version' of 'Not That Way'. This is a song that keeps getting requested wherever we play, so the band decided to take the song and get it re-produced and remixed by producer/engineer Chuck Alkazian (Pop Evil, Soundgarden, Tantric) at legendary Pearl Sound Studios in Canton, MI. This will be the beginning step for a whole new campaign followed by the band releasing new music.

"'Not That Way' is just a great rock and roll song. I remember when we wrote the song that, it just had that 'IT' factor. The lyrics are about a relationship, where 1 person in the relationship thinks they can do better and moves on.

"Years later, they run into the ex-partner who is flourishing and now realizes they made a mistake and wants another chance, BUT it's 'not that way' anymore." Check out the lyric video for the remix below: