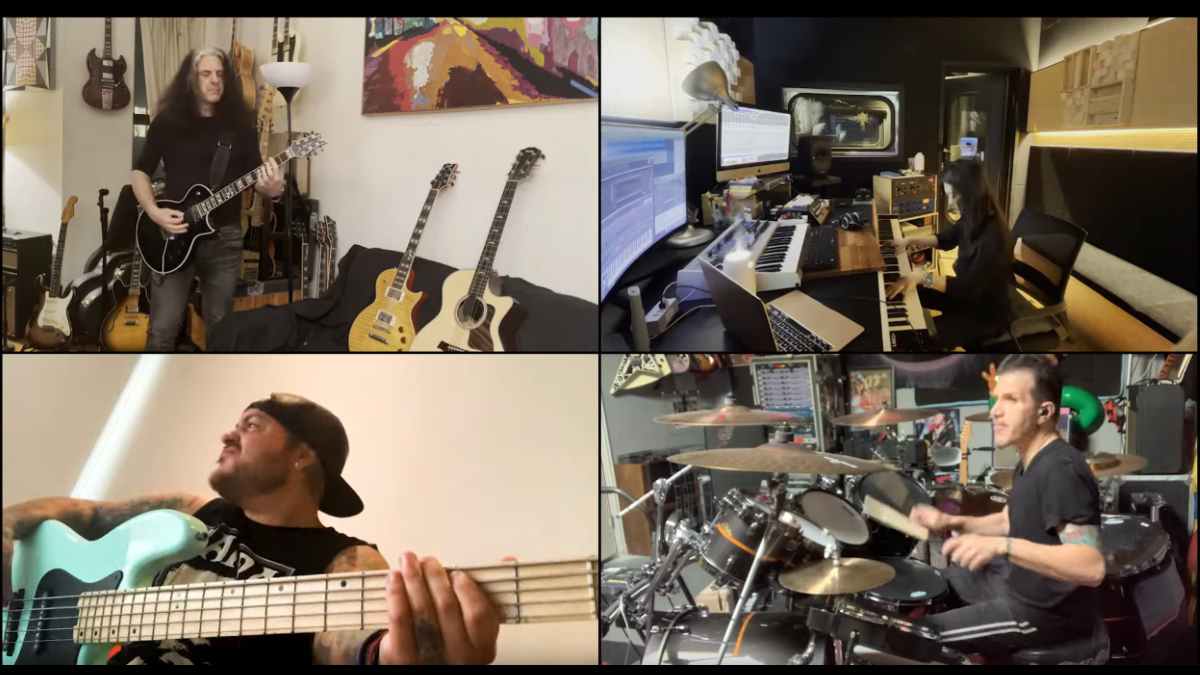 Anthrax drummer Charlie Benante is a die hard Rush and Neil Peart fans so it is only fitting that he and his all-star friends are paying tribute to the legendary band.

Benante recently announced that he is releasing a special album called "Silver Linings" on May 14th featuring some of the all-star quarantine jams of notable cover songs from bands like KISS and Iron Maiden, but Rush was curiously absent from the tracklisting.

That appears to be because Charlie has revealed plans to released a special Rush tribute EP on Record Store Day and has shared a quarantine jam of the band's classic hit "Subdivisions".

Charlie had this to say, "One year ago I had this idea to make a video while in quarantine. I was feeling pretty down about the passing of Neil Peart and about the Pandemic... I needed to be creative and play!

"I contacted Alex (Skolnick) and Ra (Diaz) about doing a Rush song and video and they both liked the idea. I felt that they were probably feeling the same way I was, and that this would be a great way of jamming and entertaining while we were stuck home.

"The response to the initial video was overwhelming! It really made us feel good during a bad time. A whole year ago... I cant believe it! It ended up being a year of making music and videos after all; I now have a record that's coming out May 14 with most of the Jams.

"The Rush songs will be out on a special EP on Record Store Day in November. This song will be included on that. 'Subdivisions' is probably in every Rush fan's top 10 songs, definitely one of their best.

"The keyboards dominate this tune and Neil's sound on it is so unique! His drum fills are so precise and powerful... like little hooks throughout the song, an air drummer's dream! The lyrics tell a tale of life in the burbs and being shunned when you don't meet a certain standard.

"Subdivisions
In the high school halls
In the shopping malls
Conform or be cast out!

"@alexskolnik @ra @brandon bring it big time - Alex captures Lifeson's vibe so well, Ra kills Geddy's bass parts and Brandon brings his amazing voice. We'd like to welcome @meeeun, (Thanks to Alex for the suggestion), she is an awesome musician and kills the keyboard parts on this. I hope you enjoy this one, It may be one of the last ones for a bit... unless Alex wants to do that Emerson lake and palmer tune (hahahahaha)." Watch the video below: