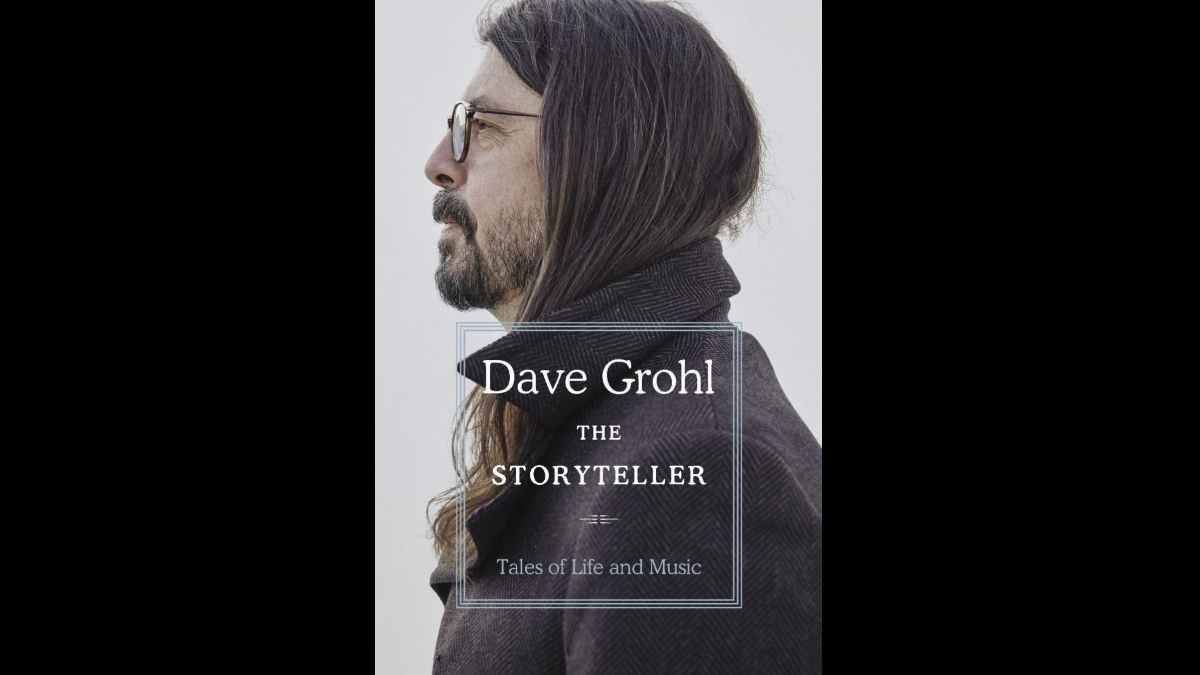 Foo Fighters frontman and Nirvana drummer Dave Grohl has announced that he will be releasing his new book, entitled "The Storyteller", via Dey Street Books on October 5th.

Dave had this to say, "There is a common thread that runs throughout everything that I do: storytelling. Whether in song, documentary film or on the page, I have always felt compelled to share moments from my life. This inclination is a huge part of what excites me creatively but also as a human being.

"In March 2020, realizing that my day job with the Foo Fighters was going to go on hold, I started an Instagram account (@davestruestories) and decided to focus all of my creative energy on writing some of my stories down, something I love doing but I've never really had the time for. I soon found that the reward I felt every time I posted a story was the same as the feeling I get when playing a song to an audience, so I kept on writing.

"The response from readers was a soul-filling as any applause in an arena. So, I took stock of all the experiences I've had in my life-incredible, difficult, funny and emotional-and decided it was time to finally put them into words.

"Now with the amazing people at Dey Street books I'm excited and honored to announce The Storyteller, a collection of memories of a life lived loud.

"From my early days growing up in the suburbs of Washington, DC, to hitting the road at the age of 18, and all the music that followed, I can now share these adventures with the world, as seen and heard from behind the microphone. Turn it up!"

Dey Street VP and Editorial Director Carrie Thornton added, "From the second I saw Dave's first post on Instagram, I knew I was going to publish his book. Well, to be honest, I've been hoping to publish Dave Grohl's book since I became a book editor. I'm a Gen-Xer. I'm from Virginia just like Dave.

"We grew up listening to a lot of the same music. I've always admired his Puckish personality and his awesome musicianship. It turns out that he can write with as much energy and passion as he performs.

"Plus, he's a spectacular human who cares deeply about his mom, his family, his bandmates, music, art and the world. All of that passion comes through in his stories and in THE STORYTELLER. I am a lucky editor indeed, but mostly because I get to read the book first."