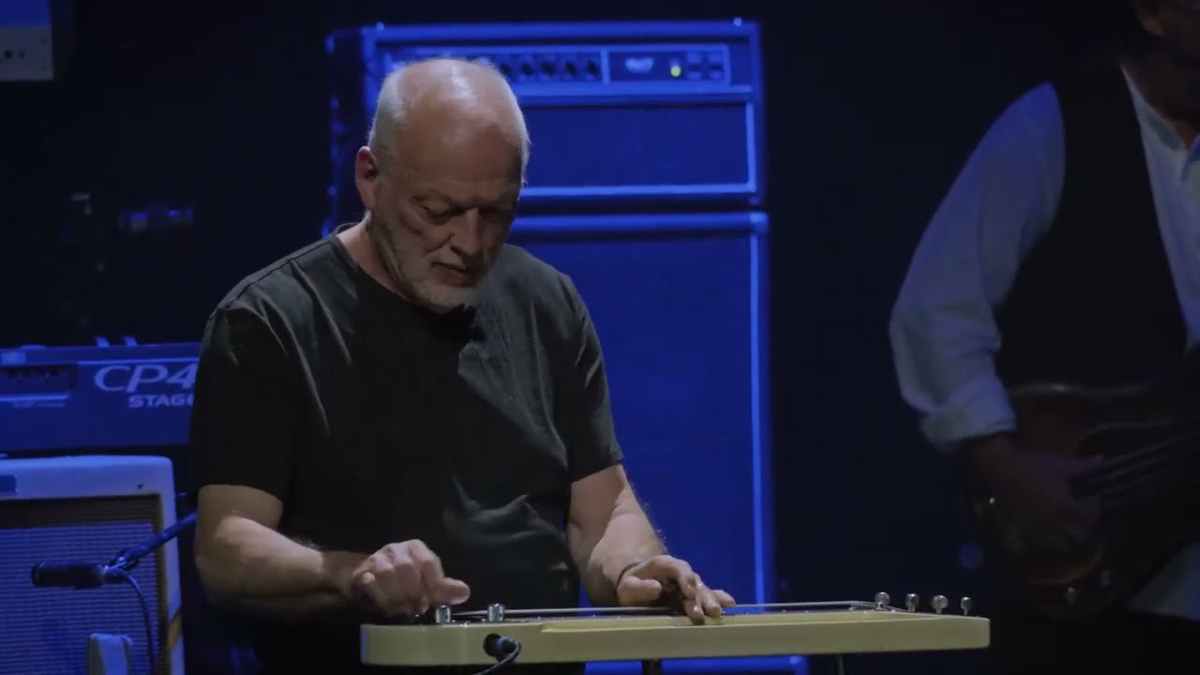 The Pink Floyd legend handles slide guitar duties alongside Mick Fleetwood and his house band on the UK No. 1 hit during the event at London's Palladium in support of Teenage Cancer Trust last February that saw the drummer salute his former bandmate and the original era of the group with the help of a lineup that included Christine McVie, Pete Townshend, Steven Tyler, Kirk Hammett, Billy Gibbons, Bill Wyman, John Mayll, Zak Starkey, Noel Gallagher and original Fleetwood Mac guitarist Jeremy Spencer, among others.

The tribute took place just five months before Green passed away in his sleep last July at the age of 73. "The concert was a celebration of those early blues days where we all began," says Fleetwood, "and it's important to recognize the profound impact Peter and the early Fleetwood Mac had on the world of music. Peter was my greatest mentor and it gave me such joy to pay tribute to his incredible talent.

The Mick Fleetwood And Friends tribute concert - which was set to be screened in cinemas this month but will, instead, be available via Nugs.net on April 24 - will also be issued in multiple formats on April 30, including Blu-ray, CD and a special edition four-LP package. Watch the video here.