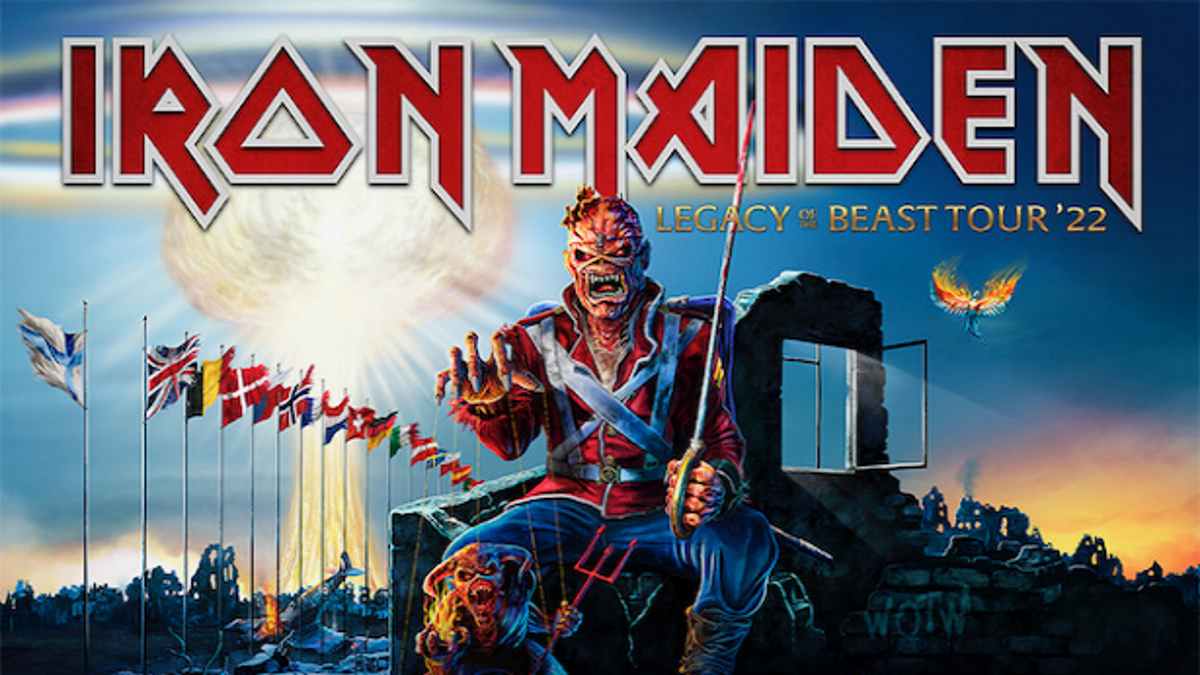 Iron Maiden have announced that they have been forced to push back their summer of 2021 Legacy Of The Beast Tour to the summer of next year due to the Covid-19 pandemic restrictions.

"This includes Graspop in Belgium so therefore the own-show date in Antwerp (which had also not gone onsale) will no longer take place. Furthermore, we are in the process of finalizing a further couple of own-shows in other European territories and will update you about those as soon as they are confirmed."

Their manager Rod Smallwood added, "Naturally the band are hugely disappointed, a second summer without touring, especially with this very special Legacy show, is very hard to take. They send their best wishes to you all, knowing full well you fans will feel the same.

"As we all know, realistically there is no alternative so we will all make the best of it and spend the time preparing for a very memorable and even more spectacular Legacy tour next year, we promise! Until then keep safe and keep smart." See the rescheduled dates below:

2022 Legacy Of The Beast European Dates