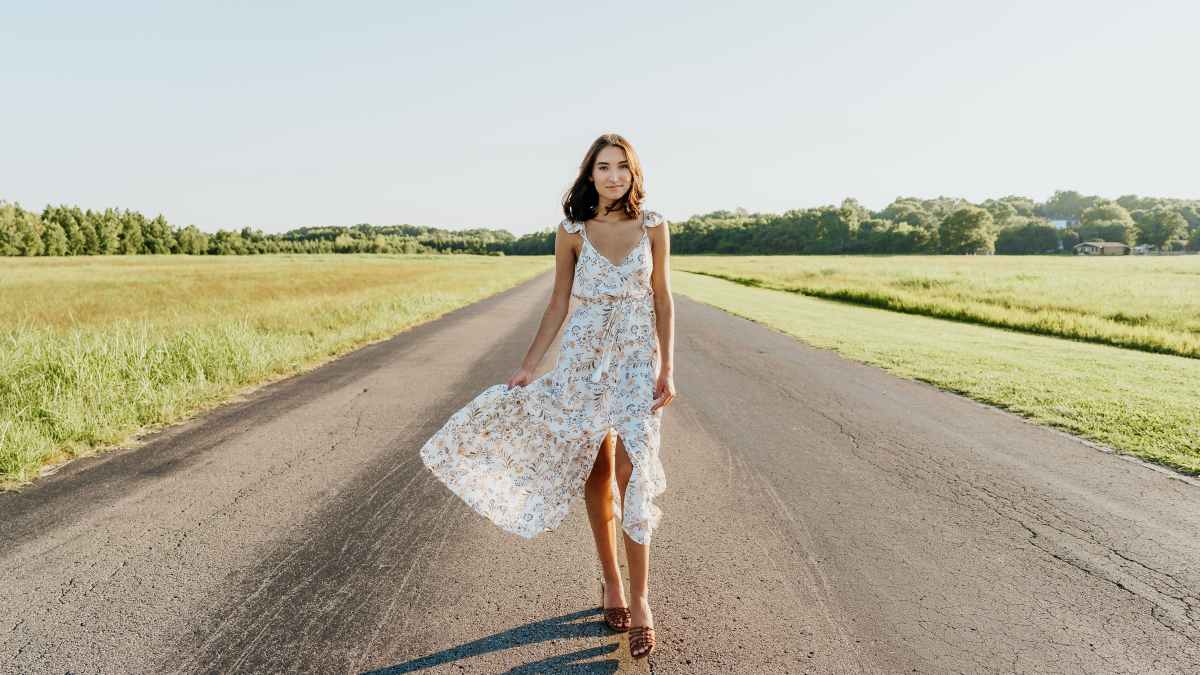 Pop-country star Erin Gibney just released her brand new single "Easy Like That" and to celebrate we have asked her to tell us about the story behind the song. Here is the story:

"Easy Like That" is a song that is filled with teenage nostalgia and the theme of missing your first love. This song is a combination of real stories that I have watched unfold in my life, and fictional stories that I have created inside the world of this song. I wrote this song based on memories of the last four years of my life, and I am so excited to finally be putting it out into the world.

The story of "Easy Like That" starts the summer after I graduated from high school. That summer, I watched my friends go through what classically happens to relationships right before everyone goes off to college - they end. However, the strange thing about this time in my life is that I had a new relationship that was just beginning. I began dating my current boyfriend two months before I left for Nashville, and he went off to college in Connecticut. Everyone was confident that things between us would end quickly with 1000 miles of distance and the fact that our relationship was brand new. However, despite the distance and the doubts, we managed to make things work and have now been dating for four years.

In January of 2020, I was going through old photos from high school, and I began thinking about this time in my life all over again. I remembered the pain that my friends felt as they ended the relationships they had with their first loves. I remembered the trips home from college that first year and how much it hurt them to have to see their exes again. Going through those photos brought me back to that time in my life, and I began wondering how I would feel today if my relationship had the same fate as theirs and ended that summer after high school. I thought about how I would feel about my boyfriend today, and what I would have said to him when I saw him the first time after our breakup. I thought about the regrets I know I would have about things ending, the heartache I would feel for him, and the memories we had that I would reflect on.

I drew inspiration from the breakups I watched my friends go through to create the breakup you hear in "Easy Like That." This song is a combination of the fictional breakup I imagined myself going through and the very real breakups I watched them go through. "Easy Like That" is a song about losing the person you thought you would end up with, and growing into different people in the process. I am proud to bring this song into my catalog and am so excited it is out there for everyone to hear!

Hearing is believing. Now that you know the story behind the song, listen and watch for yourself below and learn more about the Erin here

Singled Out: Erin Gibney's That's What I'm Looking For