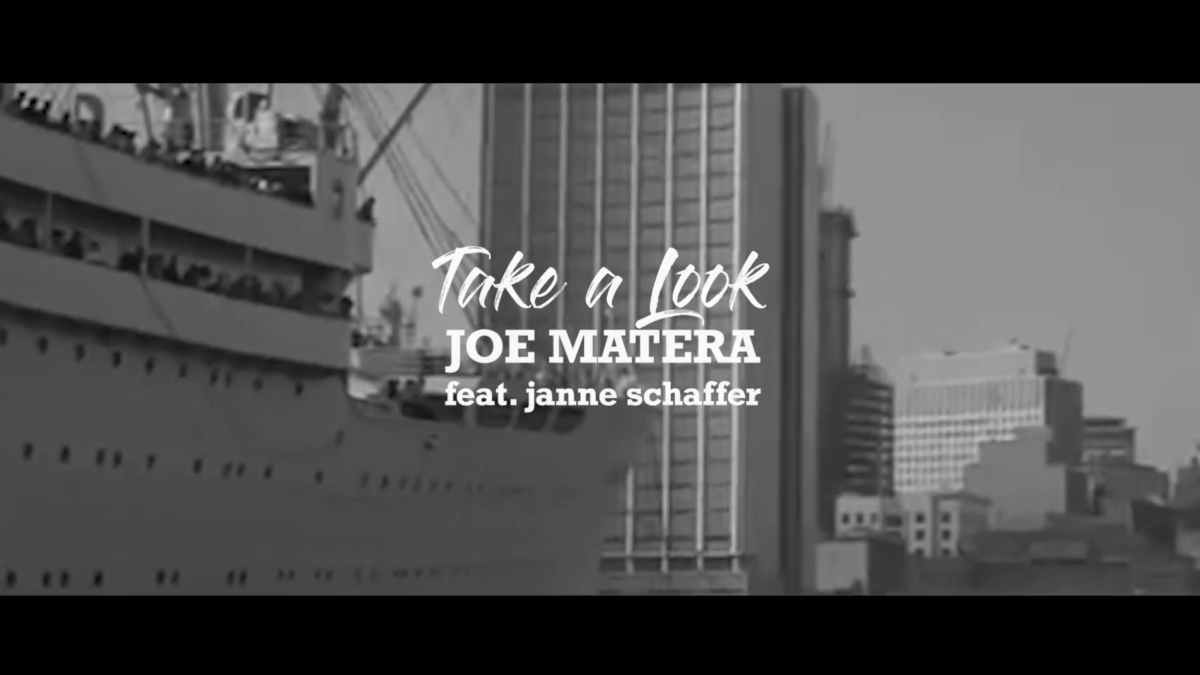 Joe Matera recently released a new single called "Take A Look" featuring a guest appearance from Janne Schaffer and to celebrate we asked Joe to tell us about the track. Here is the story:

I initially wrote 'Take A Look', a few years ago about my late father, who along with my mother had left their homeland of Italy in the early 1960s to emigrate to Australia where a number of years later, I was born. I took that theme about my parents uprooting and moving to a new land and expanded on the whole early immigration to Australia theme so it related to all of those who moved to the country, whether from Italy or England or even the Middle East. And I turned it also into more of a universal theme since the past several decades there has been widespread immigration occurring in countries all around the world.

The video contains archival black and white footage from 1950s and 1960s Australia sprinkled with footage of ships that brought these immigrants to their life in their new country such as Australia but also to countries such as the United States in the early part of the 20th century.

Originally, the plan was to totally record the track in Stockholm, Sweden last year but the pandemic put an end to those travel plans. So my Swedish backing band and my co-producer Tomas Skogsberg, who is credited with creating the whole Swedish Death Metal sound in the late 1980s, and who has worked with Swedish bands such as Entombed, Backyard Babies and The Hellacopters, recorded and worked on everything at his Sunlight Studios in Stockholm, while I recorded all my vocals and guitar parts in my own recording studio in Australia.

I had begun working with the same musicians and producer in 2019 when I recorded my single, 'Overload' over in Stockholm with them in the studio together when I was on tour in Sweden. I also recorded another track, 'Only One' with the same line-up and producer that was released as a single in late 2020.

The recording of 'Take A Look' was done during lock down last year. Janne Schaffer, who is an iconic Swedish guitarist having played on every ABBA album and is also one of Sweden's top guitarists and a #1 selling solo artist in his own right - a bit of trivia; in 1973 he outsold ABBA in album sales in Sweden! - plays the lead guitar on my track. And another piece of trivia; Janne's 1979 solo album Earmeal included session work from the Porcaro brothers, Jeff, Steve and Mike as well as their father, Joe Pocaro and is one of the few instances where the entire Porcaro family appears together on one album.

'Take A Look' is the first track of mine where I only play rhythm guitars. I have always played lead and rhythm guitars on my music. This time around though, I wanted to allow Janne the freedom to play the lead. When I was in Stockholm in 2019, I found out Janne was a fan of my music, so we eventually hooked up and he offered to play guitar on my track. It is such an honour to have such an iconic guitarist playing on my track.

Hearing is believing. Now that you know the story behind the song, listen and watch for yourself below and learn more about Joe here