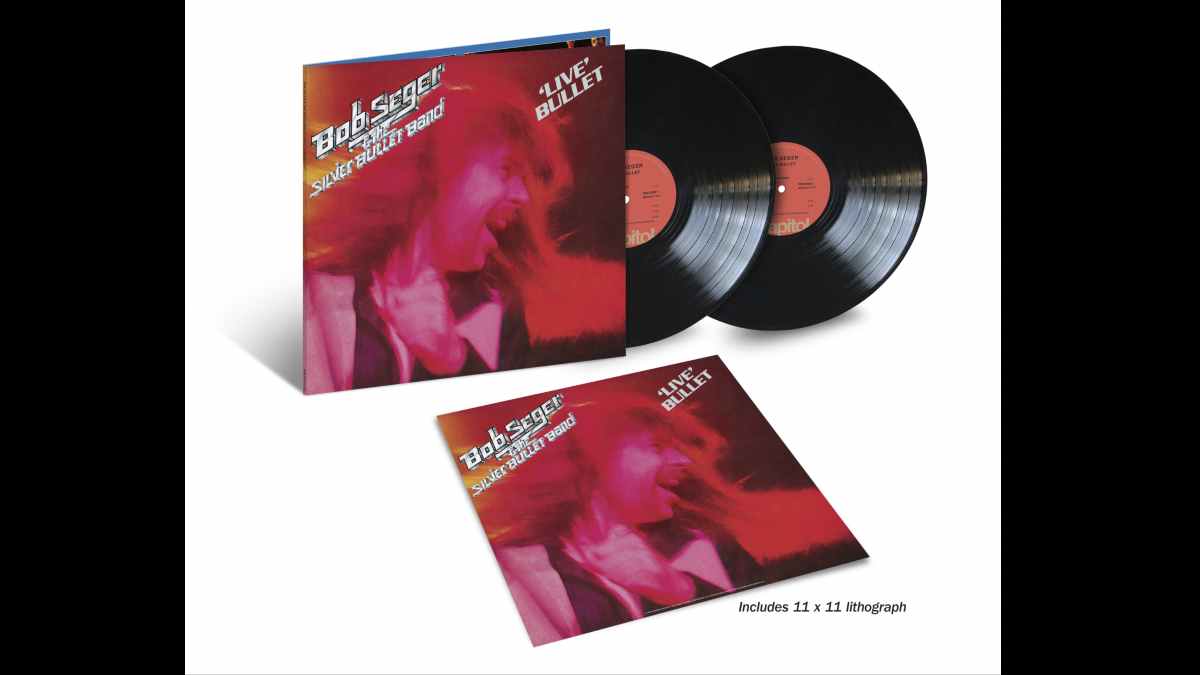 Capitol Records/UMe have announced that they will be celebrating the 45th anniversary of Bob Seger & The Silver Bullet Band's 'Live' Bullet with a special reissue in its original 2LP format on June 11th.

They sent over the following details: Recorded at Cobo Hall in Detroit, MI, in September 1975, the original album Live Bullet brought Seger significant national attention. The recognition Seger had garnered to that point was based on two elements: the emotional power of his songs and the intensity of his live shows. Combining those two elements on Live Bullet, the album was released as a double-vinyl-record set in April 1976 and captured Seger's riveting performances of "Travelin' Man," "Beautiful Loser," "Heavy Music," "Katmandu," "Ramblin' Gamblin' Man," "Turn the Page" and others. The album started breaking across the country and set the stage for Seger's meteoric rise.

'Live' Bullet will be offered in two versions: a 2LP album in a standard version 150 gram black vinyl with a lithograph, and 2LP translucent orange and red swirl vinyl only available at independent record stores, Bob Seger's Official store, and Capitol/UMe store. The lithograph is a reproduction of the Live Bullet cover of Seger onstage from the show taken by well-known Detroit photographer Robert Markliwitz. The album has been remastered by Grammy-nominated mastering engineer Robert Vosgien.

[Note: this double LP was cut for playback on a stacked turntable spindle, which means that after Side 1 ends, the second LP drops and starts playing, technically making that Side 2. The side numbers below represent the "sequenced" side.]