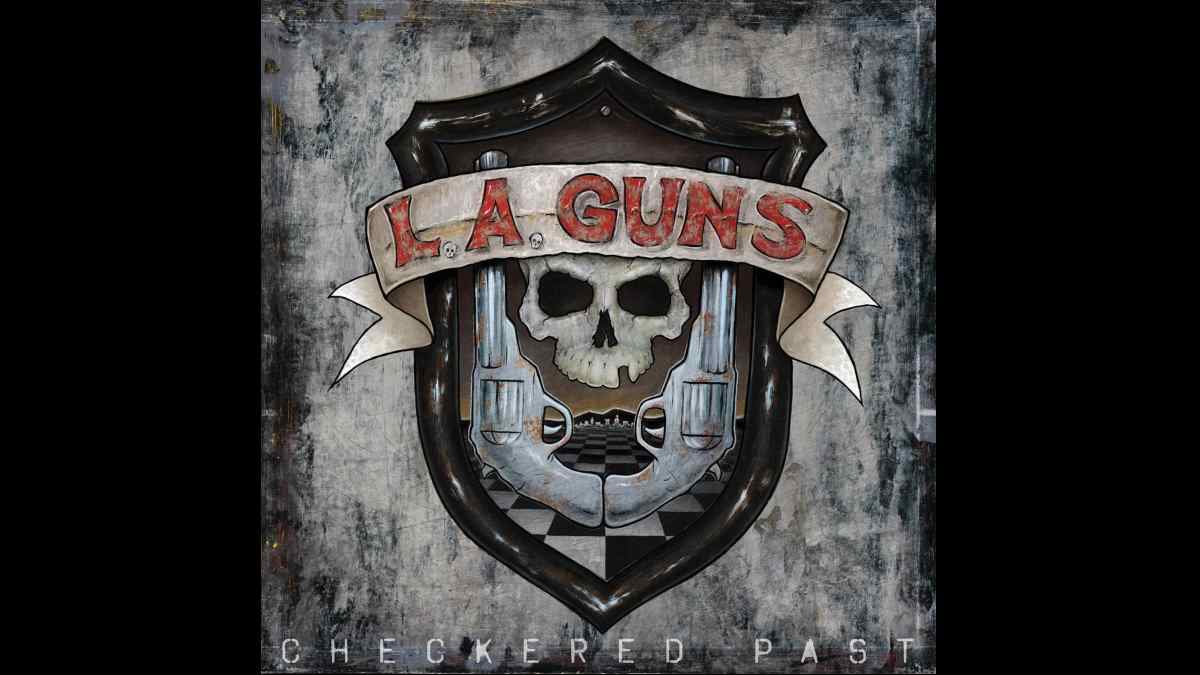 L.A. Guns are streaming a brand new track called "Knock Me Down," which is the lead single from their just announced studio album, "Checkered Past".

The album is set to be released on November 12th. We were sent the following details: Written and recorded during late 2020 and early 2021, "Checkered Past" sees Tracii Guns, Phil Lewis, and company continuing with the darker lyrical tone of the preceding studio albums, "The Devil You Know" and "The Missing Peace", while incorporating their classic rock influences into the mix. Heavier songs are mixed with bluesier, boogie inducing tracks and dark, introspective ballads, often harkening back to the first three albums the band made, but also pushing the band forward. When fans absorb the album as a whole, they'll see that the tracklisting is divided up into 'sets' or 'suites', where a sonic style is explored across multiple songs before moving on to the next, making for a remarkable listening experience.

Feeling inspired and excited like they did when they first started out, but with many years of wisdom and experience under their belts, and most importantly, a renewed and stronger creative and personal relationship, Guns and Lewis are maintaining a creative peak that started with "The Missing Peace". "Checkered Past" shows a band invigorated and ready to bash you over the head, as well as "wow" you with some epic, slower songs, and even make you dance a bit to some rock 'n roll. Stream "Knock Me Down" below: