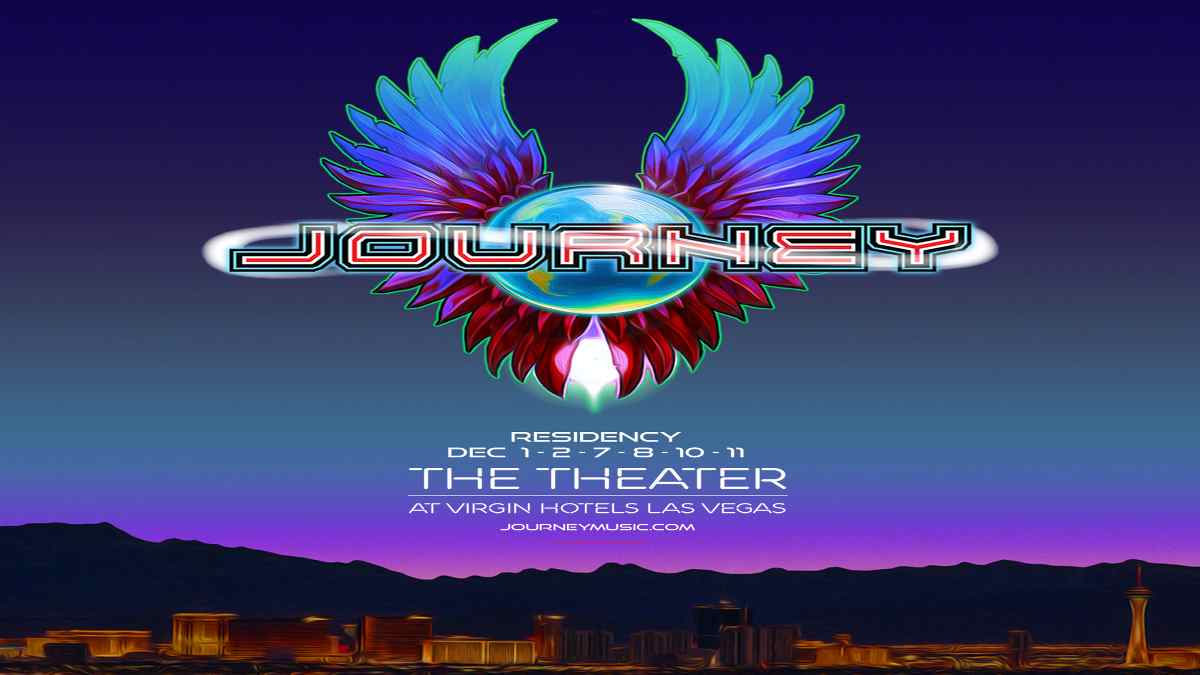 (hennemusic) Journey has announced dates for a December residency in Las Vegas. The band will perform six shows at the Theater at Virgin Hotels Las Vegas between December 1 - 11.

Tickets and VIP packages will go on sale Friday, August 20 at 10 AM PT at JourneyMusic.com. Journey played their first shows of 2021 last month with two appearances in Chicago, IL, including Lollapalooza; they'll next be seen in Atlantic City, NJ on August 20 before performing at a pair of New York City events on August 21: The Tunnel to Towers Foundation's Never Forget Concert in Wantagh, NY and the We Love NYC: The Homecoming Concert in NYC's Central Park.

The group recently released a new single, "The Way We Used To Be." See the dates here.