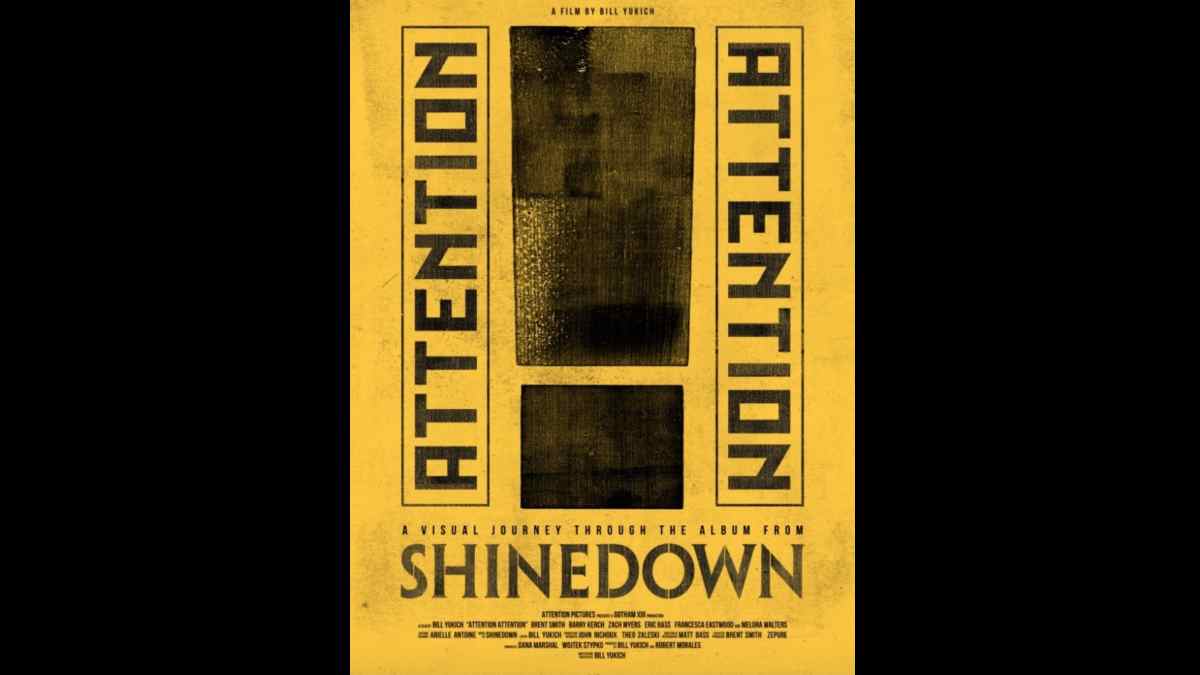 Shinedown have premiered the trailer and launched a pre-sale for their forthcoming film "Attention Attention!", which will released on digital and cable VOD on September 3rd.

The film was directed by Bill Yukich (Beyonce, Metallica, Wiz Khalifa), and is billed as "a cinematic experience of their 2018 studio album of the same name."

We were sent the following details, "the forthcoming film brings to life the story of Shinedown's acclaimed chart-topping album as it weaves its 14 songs into a provocative, visceral, and thought-provoking journey.