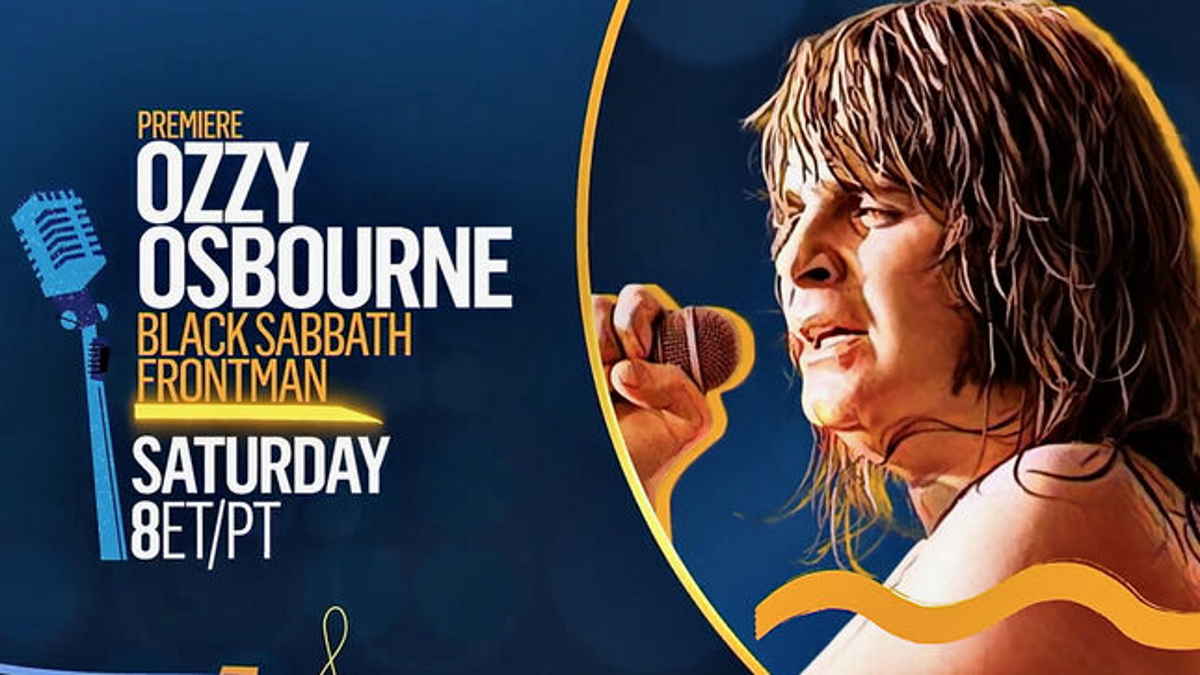 The Reelz cable network is launching a brand new series this weekend called "Frontman," and the premiere episode will focus on Black Sabbath legend Ozzy Osbourne.

"Revealing character profiles of music megastars have resonated with our viewers so we're excited to show them more new original stories in 'Frontman'," said Steve Cheskin, SVP of programming at Reelz. "Illuminated by intimate details from first-hand accounts of experiences shared by friends and colleagues we look forward to delving into the lives of these fabled rockers." See the synopsis for each episode below:

"Ozzy Osbourne: Black Sabbath Frontman" premieres on Saturday, December 4 at 8 p.m. ET/ 5 p.m. PT. Ozzy Osbourne is renowned as one of the craziest frontmen of all time. His antics include biting off a bat head and snorting ants on stage will go down in the annals of rock history. But what made Ozzy so frenetic? In this revealing look at the legendary lead vocalist of heavy metal band Black Sabbath, see Osbourne's roots and the childhood trauma that forged the entertainer and made him want to "out-crazy" his peers. Sharing their experiences with Osbourne are his friends and colleagues including Black Sabbath's first manager Jim Simpson and friend Geoff Lucas who help chart his life from his poverty-stricken upbringing in England through his rise to the top as frontman of Black Sabbath and his eventual dismissal after his drink and drug addiction overwhelmed him. Viewers will also see how his wife Sharon saved him from ruin and how she helped harness Osbourne's wild side and turn him into one of the world's most successful stars.

"Bruce Dickinson: Iron Maiden Frontman" premieres on Sunday, December 5 at 8 p.m. ET/ 5 p.m. PT. Nicknamed "The Air Raid Siren" for his trademark soaring high-pitched voice the frontman of Iron Maiden, Bruce Dickinson is widely considered to be one of the greatest rock vocalists of all time. From humble beginnings attending an exclusive English boarding school where he defied the bullies and began his love of singing to joining IRON MAIDEN and becoming a celebrated frontman this is the real story of Dickinson. The ultimate overachiever he was also an award-winning author, radio show host and a commercial airline pilot in addition to battling cancer, performing in war torn Sarajevo and becoming an international fencer. Sharing their stories of knowing and working with one of the most dynamic frontmen of all time are childhood friend Mike Jordan and Iron Maiden producer Tony Platt who worked with Dickinson to shape his now unmistakable vocal style and range.

"Steven Tyler: Aerosmith Frontman" premieres on Saturday, December 11 at 8 p.m. ET/ 5 p.m. PT. As lead singer of AEROSMITH, Steven Tyler was one of the most iconic, bombastic and charismatic frontmen to ever take the stage. Aerosmith saw major chart and commercial success with hits like "Dream On", "Walk This Way" and "Love In An Elevator" selling more than 150 million albums making them the biggest-selling hard rock back in U.S. history. But despite phenomenal success time and time again Tyler's career nose-dived into a negative spiral with drug and alcohol addiction almost killing him yet every time he fell Tyler came back even bigger and better than before. The story of the man with self-confessed "lead singer's disease" is told by some of the people who know Tyler best, including former band manager Steve Leber and childhood friend and former bandmate Ray Tabano, among others.

"David Lee Roth: Van Halen Frontman" premieres on Sunday, December 12 at 8 p.m. ET/ 5 p.m. PT. One of the most famous, flamboyant and charismatic frontmen in the world, David Lee Roth is unlike most lead singers. The frontman of Van Halen is the same person both on and off stage and craves attention and adulation at all times. Growing up in rural Indiana, Roth showed early brilliance turning himself into a ferociously bright teenager. His determination to become a frontman led him to convince the Van Halen brothers to let him join their band and Roth's infectious personality and memorable acrobatic stage presence helped make VAN HALEN one of the most popular rock bands in the world. His notorious rock 'n' roll lifestyle and fun-loving demeanor cemented Diamond Dave as, for some, the band's only "real" frontman. Sharing their personal stories of Roth are childhood friend George Perez and former Van Halen band manager Marshall Berle.