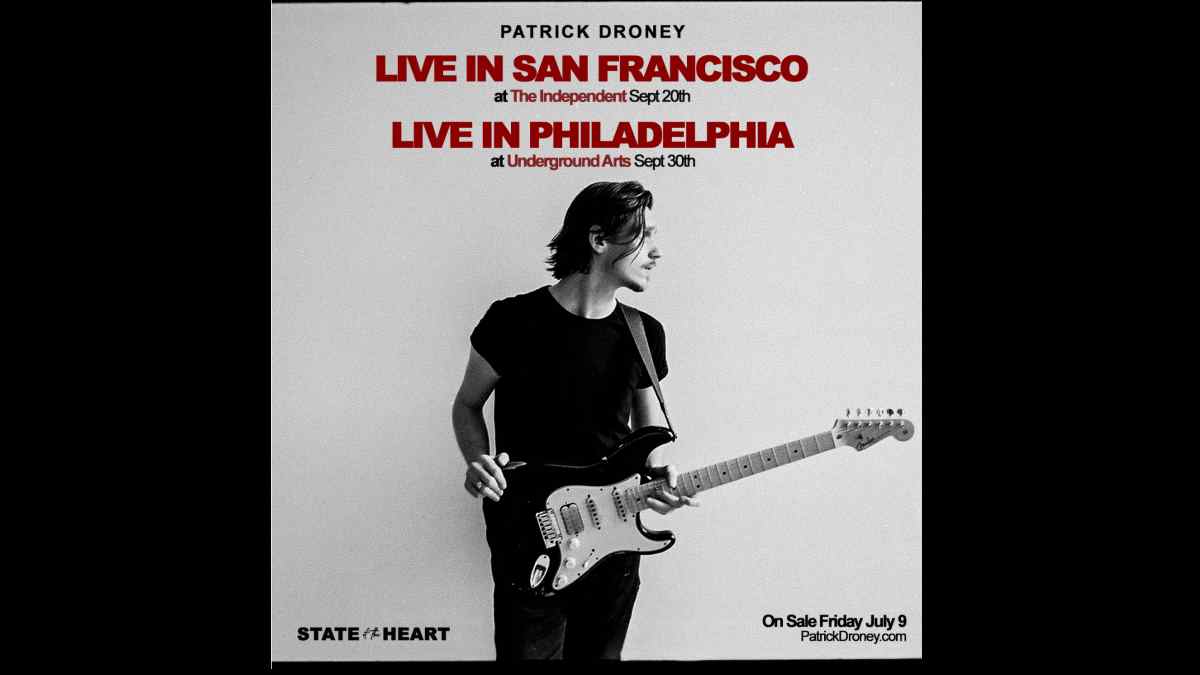 Patrick Droney has added two new stops to his fall tour in support of his debut album "State Of The Heart", as shows in Chicago, Los Angeles and New York City have already sold out.

The trek will now include stops in San Francisco on September 20 and Philadelphia on September 30, with tickets for the new shows set to go on sale this Friday, July 9th at 10am local time.

"I couldn't be more thrilled to bring this body of work onto the stage," Droney shared. "State of the Heart came to form in an era where performance conversation wasn't possible, so all of that energy was poured into the making this record.

"The very heart of what I do is live performance and I know so many inspired moments will come from that human connection in these venues that are so dear to me. I know not a single second will be taken for granted." See the dates below: