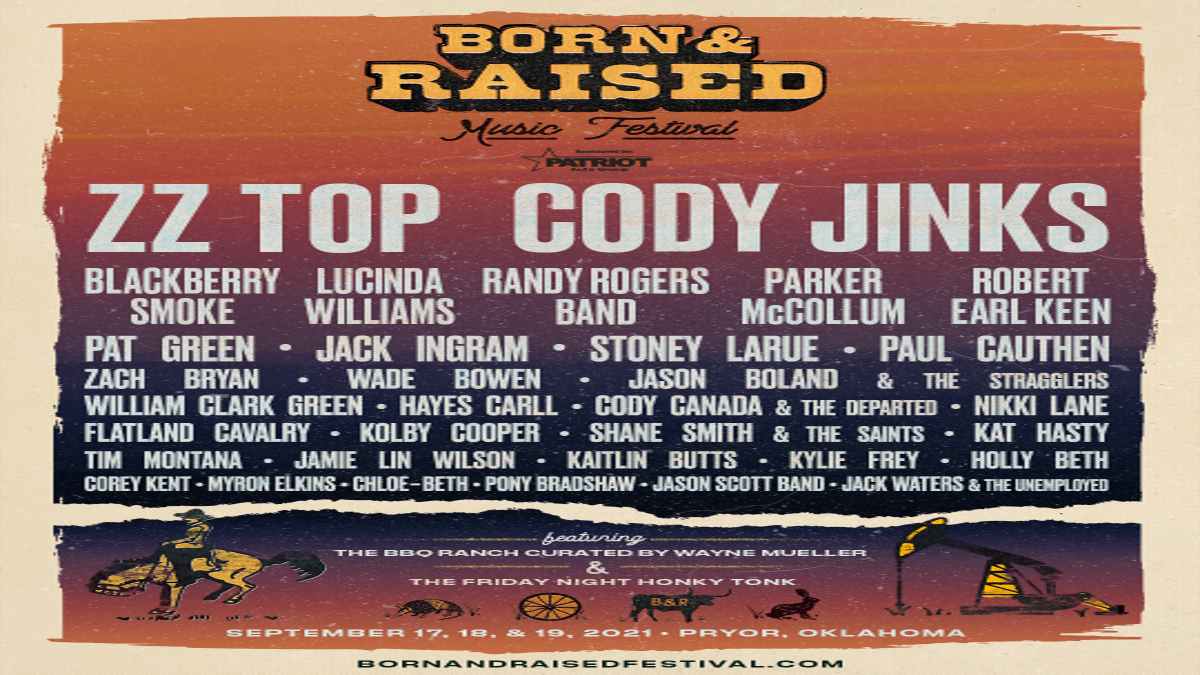 ZZ Top and Cody Jinks have been named as the headliners of the inaugural Born & Raised Music Festival, which will be taking place on September 18th and 19th.

"We were excited to launch Born & Raised in 2020, and to say we're even more excited in 2021 is an understatement," shares Festival Producer Mike DuCharme of AEG Presents. "This region lives and breathes Outlaw, Texas, Red Dirt country. We can't wait for fans to walk through the doors and experience what we have put together."

Presale passes for Born & Raised will be available beginning Saturday, June 5th at 10am Central Time via Tunespeak. See the full lineup below: