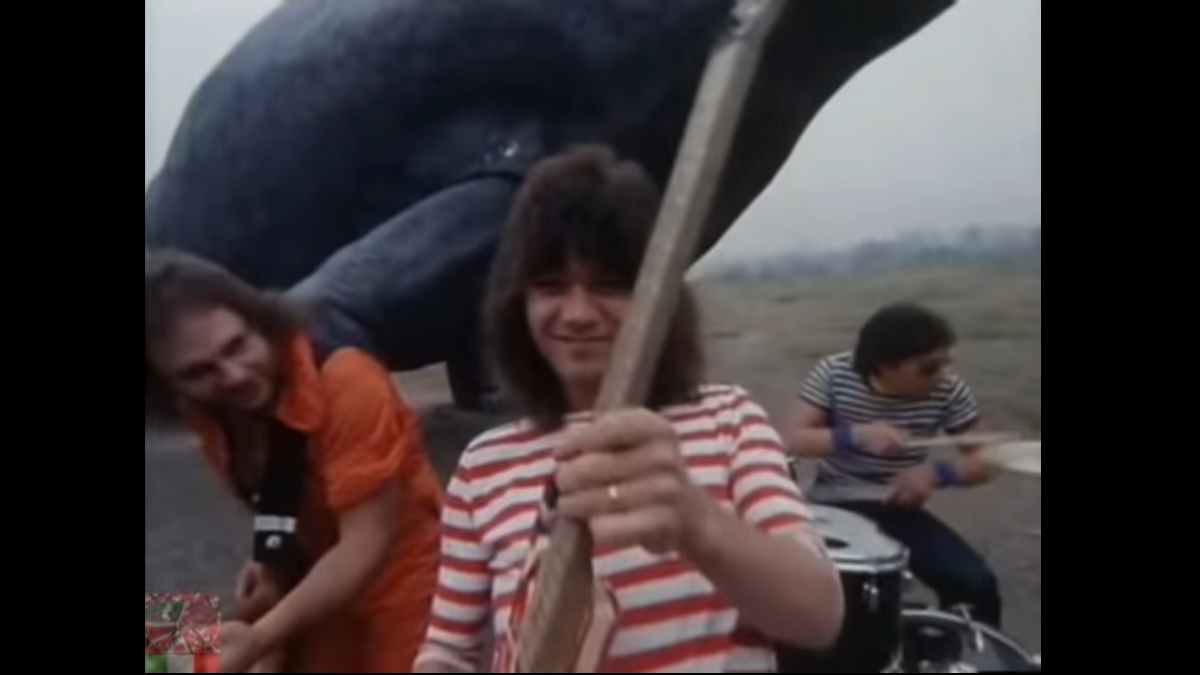 (hennemusic) A lost 1981 video filmed by Van Halen for the "Fair Warning" track, "So This Is Love?", has surfaced four decades after it first aired on Italian television.

The origins of the clip - which sees the group miming the song alongside a dinosaur in an unknown park - has been a mystery for hardcore Van Halen fans for decades, with only photo images from the video shoot having surfaced in the mid-1990s.

The footage was shared by the Van Halen Italia Fan Club, who announced "at the end of 1981, Van Halen filmed some video clip settled in a Jurassic Park in Italy, the 'Prehistoric Park' of Rivolta D'Adda (near Milan). The band was engaged in a European tour promoting 'Fair Warning'. These videos aired on Italian state television, RAI 1, during a TV show called 'Happy Circus'."

Van Halen supported "Fair Warning" in North America with the release of a package of three videos that were shot during a June 1981 concert in Oakland, CA; "So This Is Love?" was featured alongside "Unchained" and "Hear About It Later."

Van Halen performed their final concert at the Hollywood Bowl in October of 2015; guitarist Eddie Van Halen passed away last October at the age of 65 after a lengthy battle with cancer. Watch the video here.