Singled Out: Written By Wolves And Sleeping with Sirens' Kellin Quinn 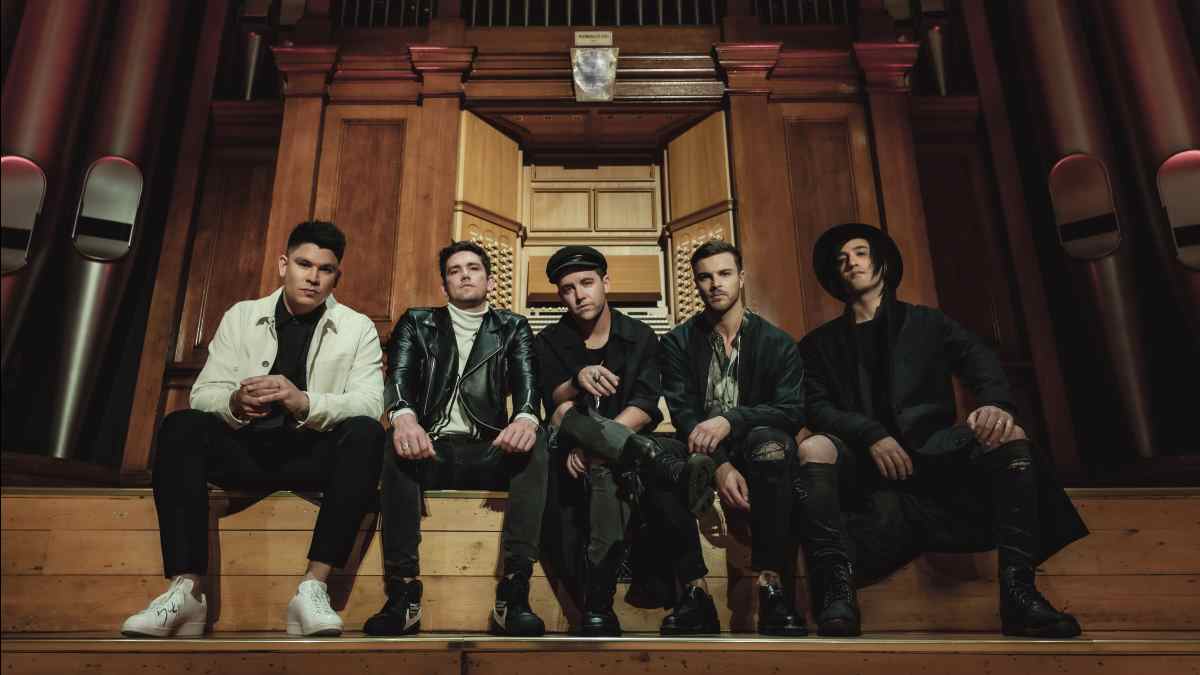 New Zealand's highest streaming rock band Written By Wolves recruited Sleeping with Sirens' Kellin Quinn for a reimagined version of their 2019 single "Help Me Through The Night" and to celebrate we asked vocalist Michael Murphy to tell us about the track.

The new version of the track is part of the band's "The Collab Project", which is an EP of collaborative re-imaginings from their 'Secrets' album (due September 17th and will feature also collaborations with Trenton Woodley (Hands Like Houses), Sonny Sandoval (P.O.D.) and more. Here is the story:

Help Me Through The Night was actually the last song that I wrote and recorded for the Secrets album. Davie had basically finished the track musically and all I had written were the lines 'Don't tell me this was written in stars, and my fate is decided by random tarot cards, and the lines in my palms set off some kind of alarm'. I knew what the song was going to be about but I think I avoided finishing it because I loved those lines and I knew it was going to get pretty heavy lyrically, so I procrastinated. We were in the studio putting the finishing touches on the album and one day all the rest of the guys got sick except for me, so all of a sudden I had no choice but to finish the song - either that or waste a day in the studio. That was the kind of pressure I needed to let these feelings and emotions come out and I had it done and recorded in a couple of hours.

This track is about questioning the role of fate in the dark times. People often talk about fate in the good times but not so much when things go wrong. It is about questioning your place in the world and hoping that the struggles you are going through in life aren't 'meant to be'. I also, kind of, wanted it to document an anxiety attack to an extent, that is where I was going with the chorus, to try and put those feelings into a song but to also try and show that it is ok to reach out, talk about these things and ask for help - I suppose that is the over-riding theme in this song, which is where the line 'Help Me Through The Night' comes from. We tried to mirror these sentiments with the Music Video. Our director, Josh Mabie, did an incredible job of this. Everything is hyper zoomed in - kind of like an anxiety attack in the sense that sometimes you can only focus on one thing in intense detail and slowly it zooms out to see someone falling but being caught before they hit the ground.

Working with Kellin was amazing - hearing someone of his calibre, who we respect immensely, sing one of our songs has been nothing short of a dream come true. He was introduced to us through an intermediary and when we sent him the track he came back to us straight away to let us know how excited he was to be involved. He said he would have it back to us by the end of the week but he literally had it finished and sent through to us that night! The end result has elevated the song beyond anything we had ever imagined and is the perfect way for us to introduce The Collab Project movement to the world.

Singled Out: Written By Wolves And Sleeping with Sirens' Kellin Quinn