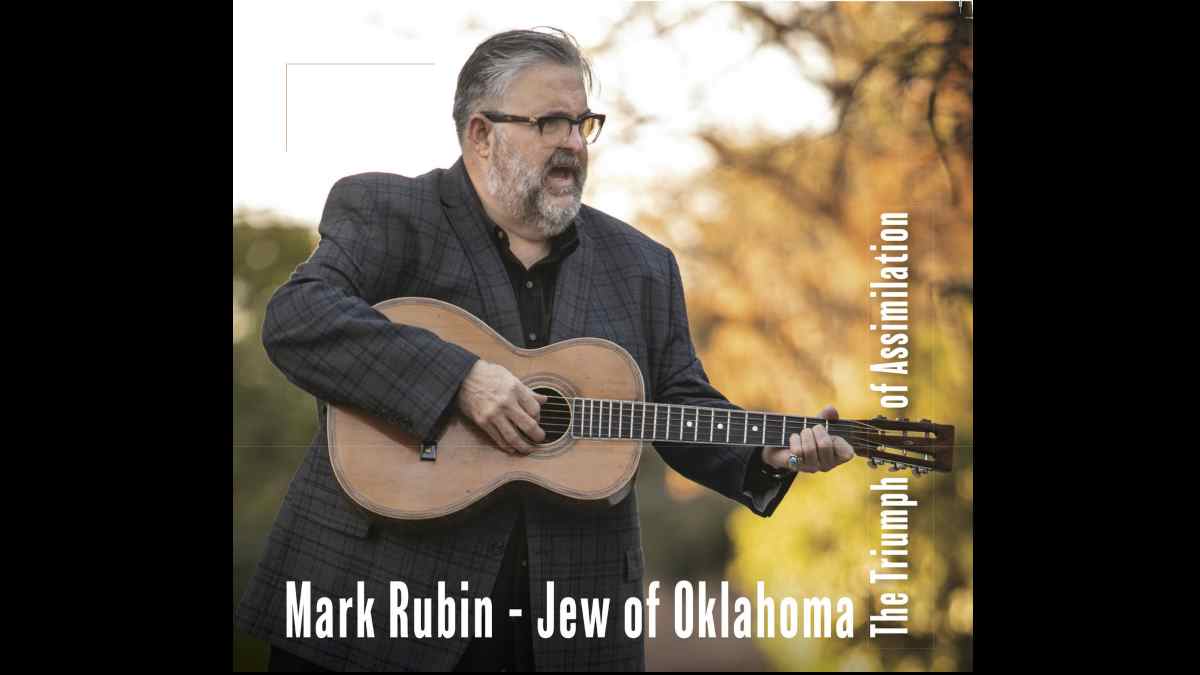 Mark Rubin, Jew of Oklahoma just released his new album "The Triumph of Assimilation" and to celebrate we asked Mark to tell us about the song "Good Shabbels". Here is the story:

Modern Jewish Praise music is pretty awful, at least to my ear. All saccharine sweet, strummy guitars and based in the most inoffensive versions of the most standardized versions of standard pop, it has never inspired nor moved me for a moment. Oft quite the opposite. It's because of this that on each of my releases I do my best to add to the canon of cooler Jewish Gospel in hopes to rectify this. True this might seem odd as well coming from a non-believing, fully secular Jewish person. But I don't think just because you don't necessarily believe in an active, engaged deity doensn't mean you can't find great value in our customs and practices. None more sensible and worthy than the weekly rest of the Jewish Sabbath, or in the Yiddish language "Shabbes."

Originally I wrote just the first stanza for an Instagram post one Friday night, posting it on a lark. But when it came to recording my latest release "The Triumph of Assimilation," I sat down with my guitar, envisioned my favorite Country Blues guitarists and in just about as long as it took to write it down, fleshed out the rest of the tune. It was easy too, I simply described what happens on a typical Shabbes; gathering with family and friends, ignoring the weeks' business, meditating on what's important and basically doing a whole lot of nothing, as it should be. A genuine recharge. I think you don't have to be Jewish to appreciate that.

Hearing is believing. Now that you know the story behind the song, listen for yourself here and get the full album right here!