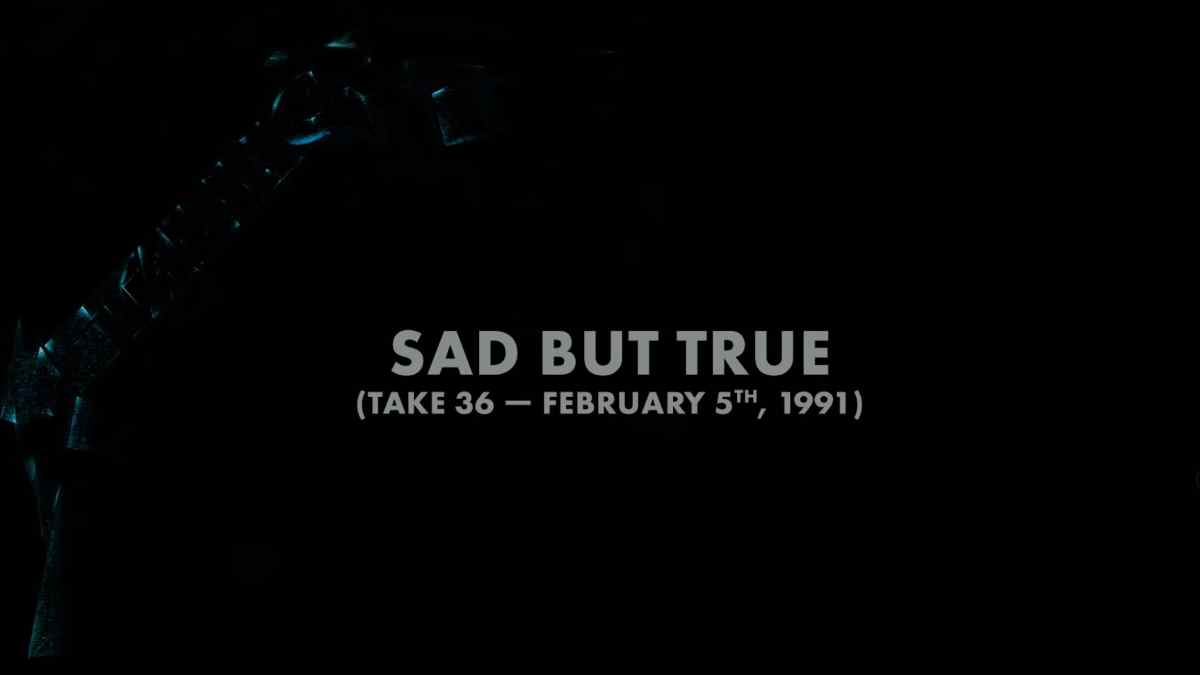 Metallica are streaming an early take of their Black Album hit "Sad But True" to promote the forthcoming "Rough & Alternate Mixes" 2CD collection.

"Sad But True (Take 36 - February 5th, 1991)" is just one of the rarities that will featured in the 2 disc collection that that is part of their larger forthcoming "Black Album" remastered box set.