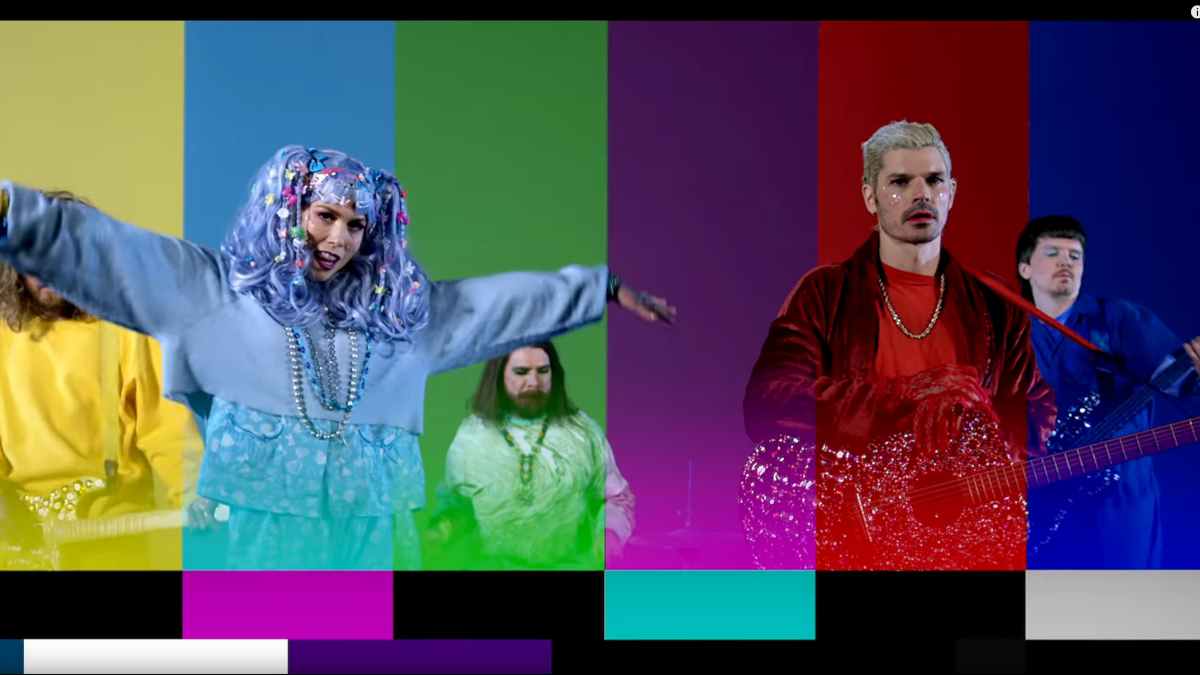 Grouplove have released a music video for their brand new single "Deadline", which is a track from the band's surprise new studio album "This Is This", which will be released tomorrow, Friday, March 12th.

The band wrote and recorded the album during the Covid-19 pandemic lockdown and the record was produced by Grouplove and collaborator Ricardo Acasuso - with additional songs produced by Dave Sitek (Yeah Yeah Yeahs) and Malay (Frank Ocean).

The group had this to say, "We hope this album gives people the permission to f***ing scream or headbang or punch walls. It's important to stay emotional. The whole rainbow is important. If we just live in the light blues, are we really alive? I'm not. I need to feel it all." Watch the video below: