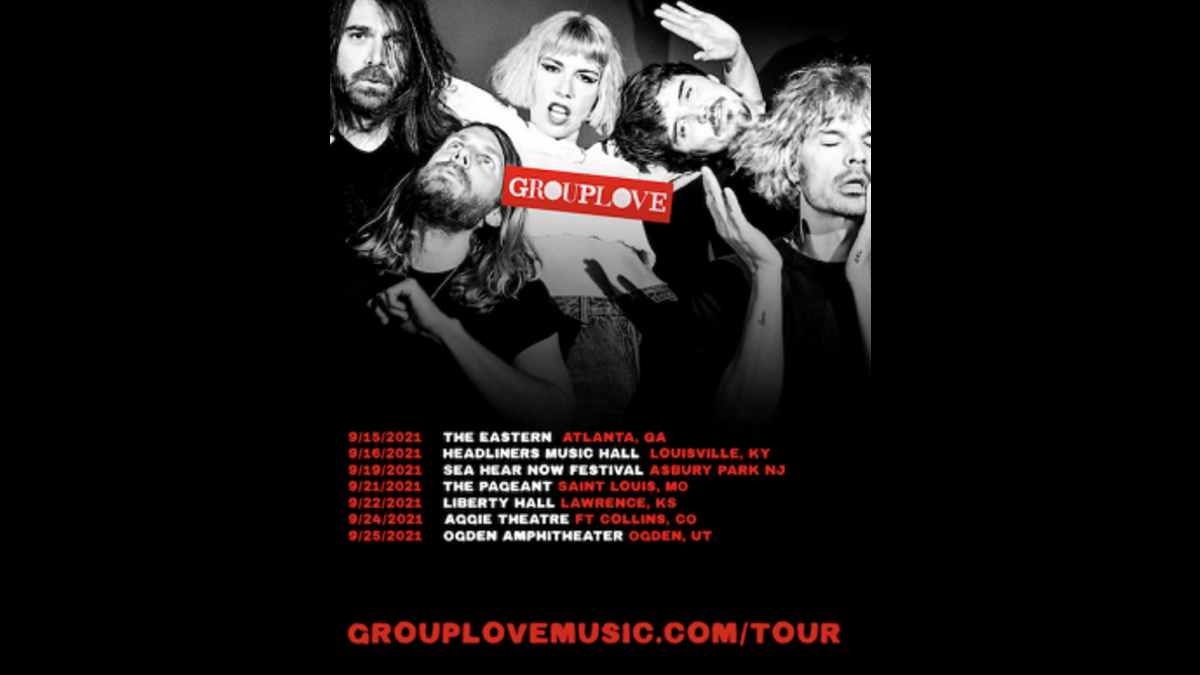 Grouplove have released a music video for their new single "Oxygen Swimming," and announced that they will be hitting the road for a U.S. headline tour this fall.

The song comes from the band's new album, "This Is This." Frontwoman Hannah Hooper had this to say, "Here's for another magical Grouplove collaboration with our dear friend and director Issac Deitz.

"'Oxygen Swimming' was the first song Christian and I wrote after Willa was born. It reflects the feeling of being able to do something so big but still being so small in the universe."


Fans in select cities can catch the band live this fall beginning on September 15th where they will be kicking off the short tour in Atlanta at The Eastern and will wrap up on Stepmber 25th in Ogden, UT at the Ogden Amphitheatre.

The tour will feature an appearance at the Sea.Hear.Now Festival in Ashbury Park, NJ on September 19th. The band had this to say, "We are so f$&@ckin excited to announce the just what you want tour.

"Get ready for nights of total insanity and bliss with our new friends blackstarkids opening. This is love, this is music, this is being together again, this is tour, this is this." See the dates and watch the new video below: