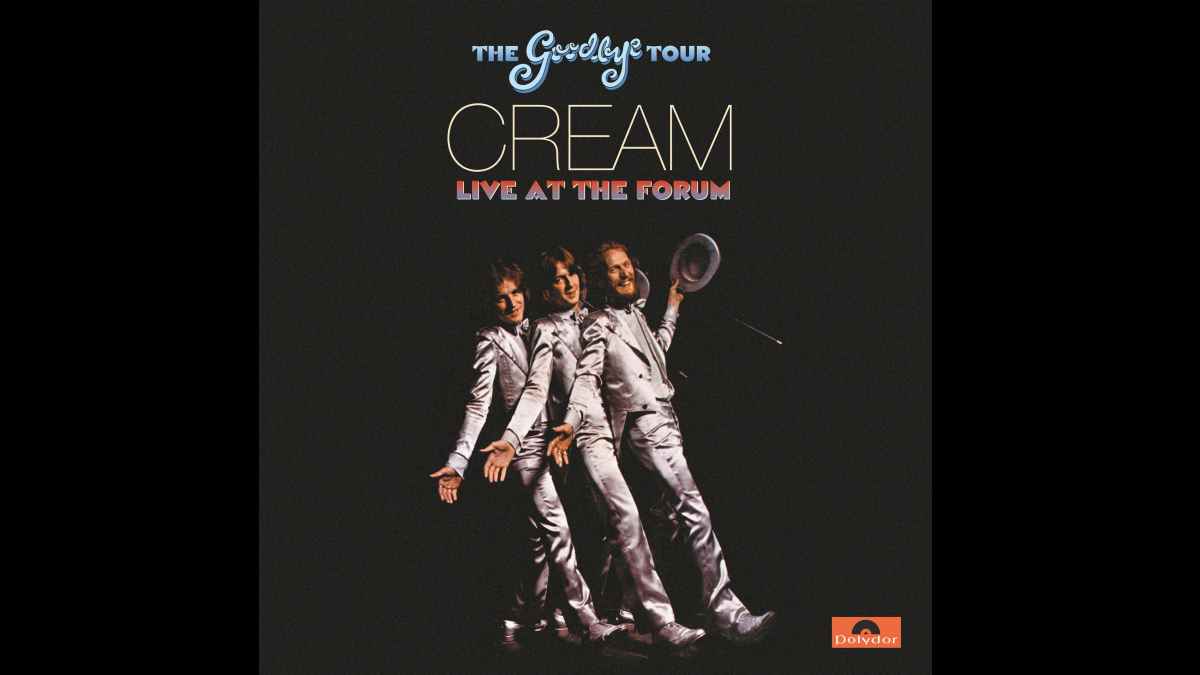 (hennemusic) Cream will release the debut vinyl edition of their 1968 concert recording, "Live At The Forum", on April 23rd. A series of tracks from an October 19, 1968 show at the famed Los Angeles venue were originally included on the band's 1969 album, "Goodbye", and the full performance finally surfaced last year on the four-CD set, "Goodbye Tour Live 1968."

Now, the first standalone vinyl offering of The Forum event will be made available as a limited-edition 2LP blue vinyl set that presents all 10 songs from the stop on the group's farewell tour.

The record was produced by Bill Levenson, with Kevin Reeves mastering the tapes from the original 1968 analog mix reels. With Cream, Ginger Baker, Jack Bruce and Eric Clapton set the template for not only the 'supergroup' but also the "power trio."

"Cream was a shambling circus of diverse personalities who happened to find that catalyst together," says Clapton. "Any one of us could have played unaccompanied for a good length of time. So you put the three of us together in front of an audience willing to dig it limitlessly, we could have gone on forever.... And we did....just going for the moon every time we played." Read more and stream "Sunshine Of Your Love" from the show here.