As I Lay Dying's Tim Lambesis Sued Over Bonfire Injuries 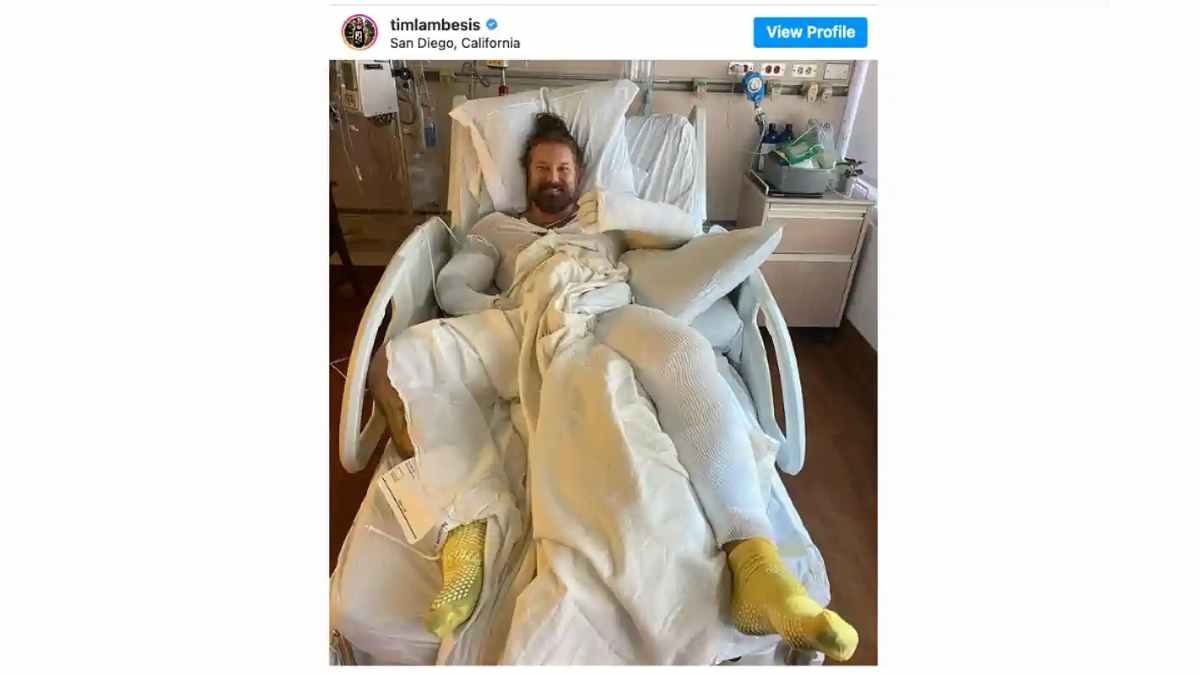 As I Lay Dying frontman Tim Lambesis is being sued by a woman that was allegedly injured by the same bonfire incident last December that sent him to the hospital for burns on 25% of his body.

The woman, named Vivienne Barcena, reportedly filed suit last week in San Diego Superior Court and alleges that she suffered injuries at the North County residence of Lambesis' parents after Tim reportedly put an accelerant on the fire, according to the local Fox station.

He said via social media last December about his own injuries, "I apologize to my friends that I have not had the time to fill in yet on what happened. The entire gas cap fell off when trying to use a little from the trickle tip to get a bonfire started. Gas got all over my clothes and I ended up burning 25% of my body.

"I've been in the hospital since Saturday night, and I will be here for a couple more weeks most likely. Today's surgery is to remove the remaining dead skin that we were unable to scrub off during dressing changes this week. It will be for the best so that we won't have to scrub so hard during dressing changes, and that is a big relief for me. I am extremely thankful for the Burns center workers who are taking care of me.

"I will try to update on my recovery. It will be a long road, but I will get back to full strength eventually."

News > As I Lay Dying