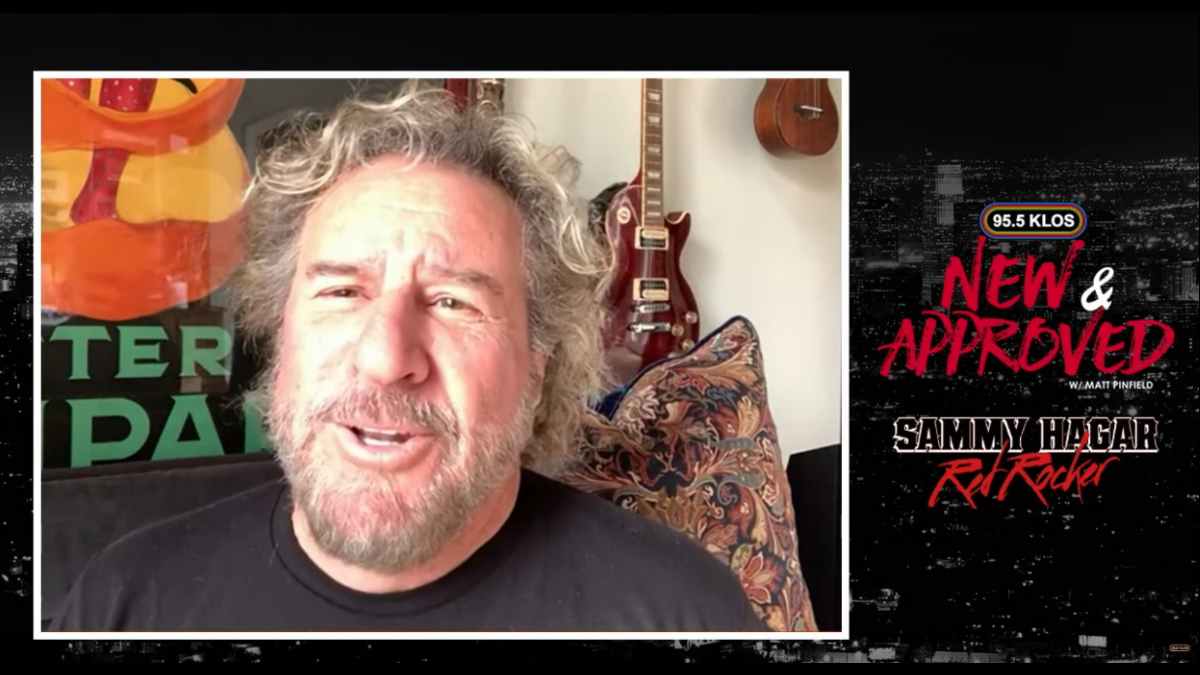 Sammy Hagar recalled how he reconnected with former bandmate Eddie Van Halen in the months before the guitar legend's death and also spoke about their final conversation.

The former Van Halen frontman appearance on Matt Pinfield's New & Approved show on the Los Angeles radio station KLOS and explained how he tried to reach Eddie via various people including the band's manager Irving Azoff and Alex Van Halen, but it was mutual friend, George Lopez, who encourage him to call Eddie directly.

"And we just had a real nice relationship for probably four or five months, and then, all of a sudden, he wasn't returning the texts and he wasn't returning my calls and I wasn't getting no response for about a month. It was heartbreaking, 'cause I knew. And then one time I said, 'Hey, dude. What the f***? You didn't give me no love.' And he goes, 'Man, I've been in the hospital.' And I'm, like, 'Oh, f***.' And then that was the last I heard [from] him." Watch the full interview below: