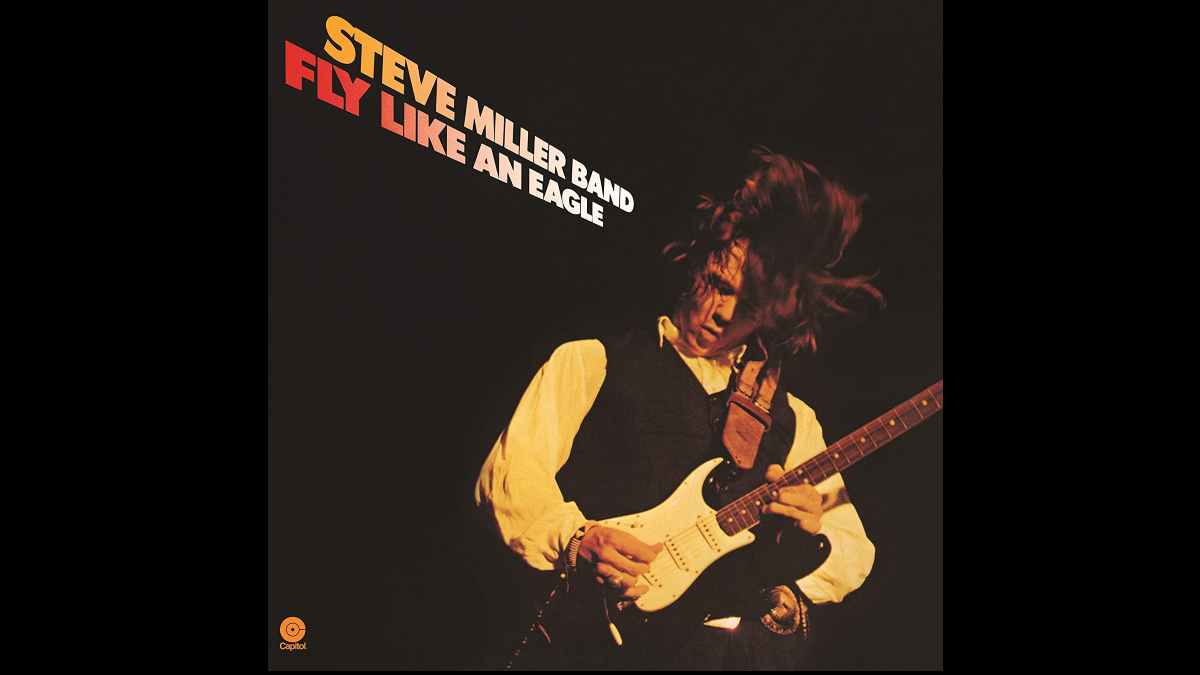 The 45th anniversary of the Steve Miller Band's "Fly Like An Eagle" album is being celebrated by the syndicated radio show In The Studio With Redbeard: The Stories Behind History's Greatest Rock Bands.

The show's host Redbeard had this to say, "During our interview, Rock and Roll Hall of Famer Steve Miller reminded me that when Fly Like an Eagle came out in May 1976, it contained such a wealth of great songs of varying styles, thoughtfully and seamlessly sequenced, that my FM radio deejay cohorts and I used to play entire sides of it on the air, uninterrupted (back when albums had sides). When I started my FM rock radio career at the dawn of the 1970s, 90% of all radio listening in North America was on the AM dial. By the time Fly Like an Eagle came out in 1976, that figure had changed to a 50/50 parity. As scant three years later, those FM/ AM percentages of listening had flipped.

"The passage of time certainly can bring past innovation into focus. Forty-five years ago, the new synthesized sounds and electronic washes of effects dazzled the ears, but now clearly we see that all of the music Steve Miller had ever known is represented on Fly Like an Eagle: the jazz, and country and western, which his father loved; the Texas and Chicago blues; the experimental sounds of Stockhausen; the West Coast pop. It was all hiding right there in plain sight.

"No doubt because of the timeless qualities of Fly Like an Eagle , which includes 'Rock 'n Me', 'Take the Money and Run', 'Wild Mountain Honey', 'Serenade', 'Mercury Blues', and the title song, sales have exceeded five million copies of Rolling Stone magazine's Album of the Year 1976, plus a berth on that mag's 500 Greatest Albums All Time list. Likewise blockbusters that same year including Peter Frampton Comes Alive, Bob Seger's Night Moves , Aerosmith Rocks, and the Eagles Hotel California spurred that migration to FM radio to a stampede, completely inverting that listenership figure by the close of the Seventies to 90% FM, a remarkable sea change in less than a decade.

"For this particular classic rock interview it is impossible to forget the experience which allowed us, after merely a dozen national radio shows, to declare, 'The 'Eagle' has landed In the Studio !' I had just returned a week earlier from a whirlwind Labor Day 1988 weekend trip attempting the nearly impossible: to fly Dallas to Seattle, first to interview Ann Wilson of Heart for lunch at her secluded vintage house on the hill; then spend the afternoon at Steve Miller's place on Mercer Island for the Fly Like an Eagle interview you have here; before nailing the accelerator of the rental car to the floor and heading up the mountainous coastline to Vancouver for a late night session with Bryan Adams...all in one day. Sheer madness as I think back on it now, but we were desperately trying to succeed in network syndication and had yet to find the technology that would allow me to eliminate the costly, brutally time-consuming travel component of the equation." Stream the episode here.