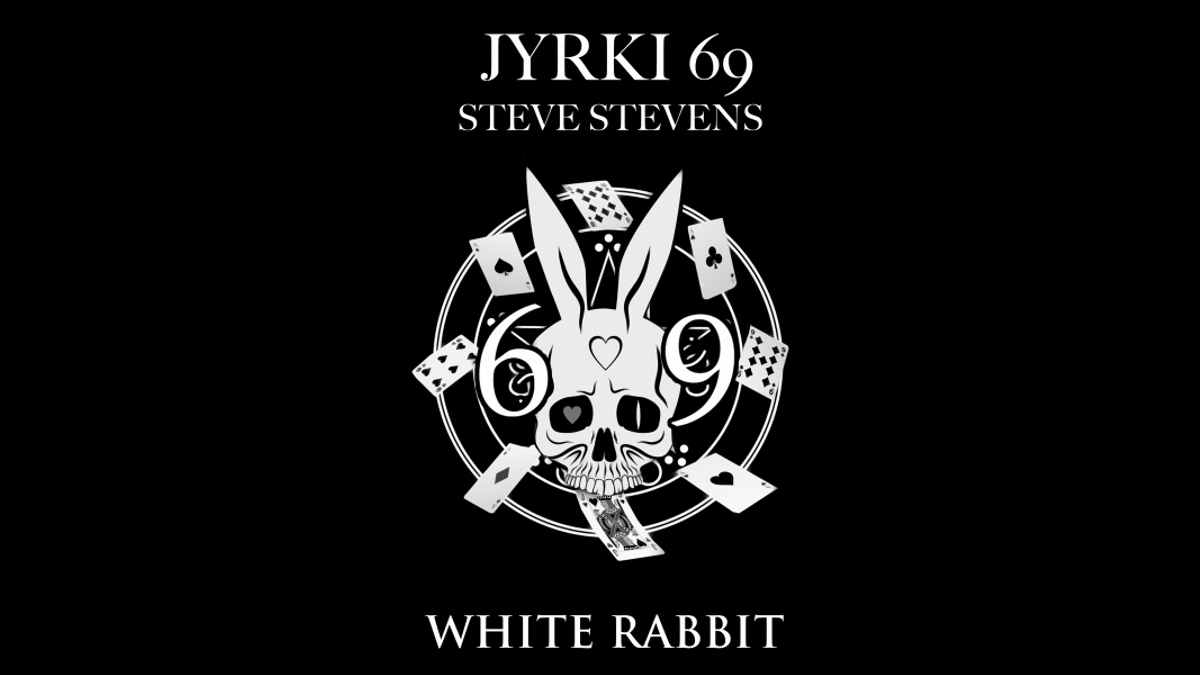 The 69 Eyes' Jyrki 69 and Billy Idol guitarist Steve Stevens have teamed up for a cover of the Jefferson Airplane's classic "White Rabbit", which has been released digitally and will see a special vinyl offering.

performed with guitar virtuoso Steve Stevens, best known for his work with iconic rock superstar Billy Idol. Together this duo update the paisley groove of the original with rich, atmospheric guitars that build into a metallic frenzy of distorted power chords, all surrounding a bone-chillingly captivating vocal take from Mr. 69.

Jyrki 69 had this to say, "I have never really mentioned this before but I am a huge Jefferson Airplane fan. Grace Slick is an amazing and beautiful person. Jefferson Airplane is one of those bands whose albums I listen to all the time.

"I was very excited to record our cover version of this ultimate rock classic. We turned into psychedelic gothic rock and Steve Stevens is truly my all-time favorite guitarist! Welcome to My Rock'n'Roll Wonderland!"

The special collectible 7" with black & white splatter vinyl will be released on July 1st here and will feature a collaboration with visionaries Rosetta Stone as the b-side. Watch the visualizer below: