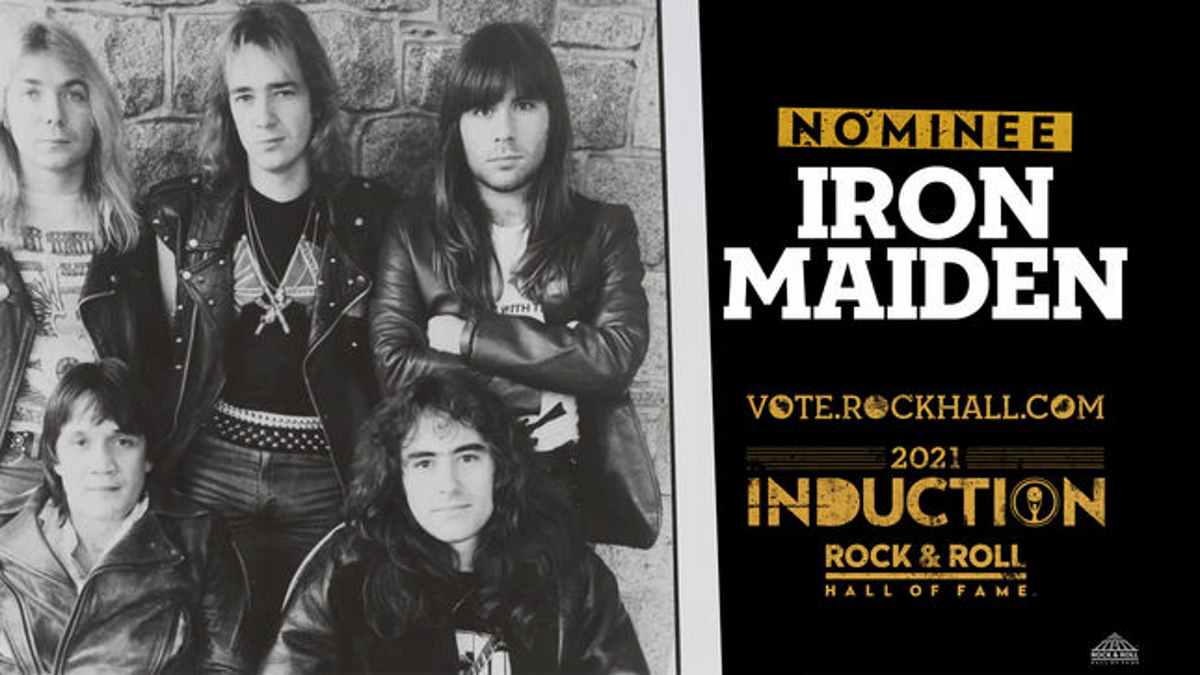 Iron Maiden was one of the many bands that went out on tour supporting KISS early in their career and Gene Simmons has slammed the Rock And Roll Hall Of Fame for not inducting Iron Maiden.

The legendary metal band has sold over 100 million albums and continues to enjoy major success, but the Rock Hall has continued their long tradition of passing over hard rock and metal bands, but inducting artists/bands from genres outside of rock.

A band or artist is eligible for the Rock Hall 25 years after their first release. Iron Maiden's debut album came out in 1980 and they were nominated for the first time this year, but ultimately did not receive enough votes from the controversary institution's voters.

KISS bassist/vocalist Gene Simmons retweeted an article about Iron Maiden being snubbed and added, "RR Hall of Fame is a sham not to include MAIDEN. Disgusting!"

Paul Stanley, who cofounded KISS with Gene, tweeted about the expected snub last month. He said, "Regardless of whether it matters to them, Maiden not being in the @rockhall of Fame is INSANITY.

"Regardless of who is writing in or not, the Committee must induct them. They have helped spawn an entire genre of music. What else do you need to do?? @IronMaiden".

Iron Maiden frontman Bruce Dickinson has stated in the past that he would reject induction. He was asked during a Q&A event in 2018 if he thinks the band should be inducted and he responded, "Absolutely. I actually think the Rock And Roll Hall Of Fame is an utter and complete load of bollocks, to be honest with you. It's run by a bunch of sanctimonious bloody Americans who wouldn't know rock and roll if it hit them in the face. They need to stop taking Prozac and start drinking f-ing beer."

Bruce then spoke to The Jerusalem Post after those comments made headlines. He said, "I was so annoyed with that coverage because they took my statement out of context to make it seem like I was upset that we weren't in the hall of fame.

"I'm really happy we're not there and I would never want to be there. If we're ever inducted I will refuse - they won't bloody be having my corpse in there."

He added, "Rock'n'roll music does not belong in a mausoleum in Cleveland. It's a living, breathing thing, and if you put it in a museum, then it's dead. It's worse than horrible, it's vulgar."