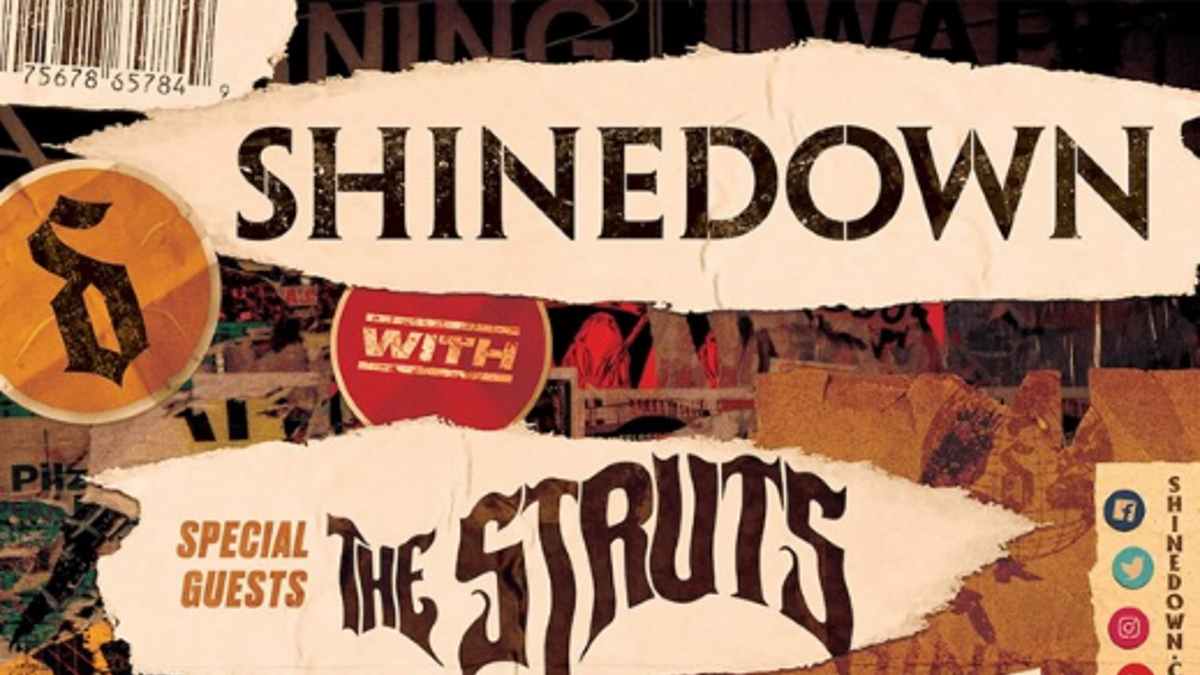 Shinedown have announced that they will returning to the road this fall with a U.S. headline tour that will feature support from The Struts and Zero 9:36 on select dates.

The arena tour will be kicking off on September 10th in Newark, NJ at the Prudential Center and will be wrapping up on October 9th in Orlando, FL at Tinker Field with a show that will also feature Bush, Candlebox, Dirty Honey, and Fozzy.

Frontman Brent Smith had this to say, "Our number one priority has and will always be the safety of our audience. We are elated to finally be able to announce the return of live music.

"We want to thank all of the fans/family for their patience and understanding over the course of the last year and a half. We know the power of music, and song is what brings us together and unites us ALL." See the dates below: