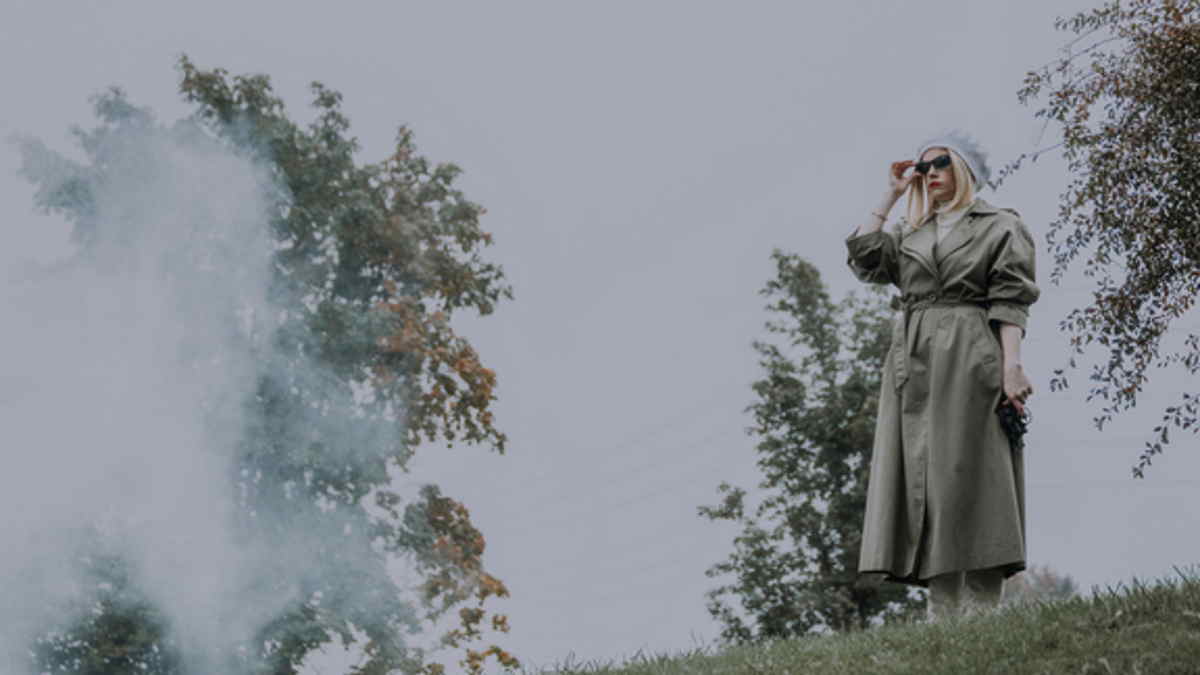 (Skye Media) The Tragically Hip have released a music video for the song "Not Necessary," a track from their album, Saskadelphia, which went to #1 in Canada. We were sent the following details:

A Revolver Films production, starring actress Emily Hampshire ("Schitt's Creek," "Chapelwaite"), directed by Sara Basso, and produced by Emily Smillie, the music video lands as a prequel to the compelling visuals for lead single "Ouch." Inspired by "Something Wild," "Thelma and Louise," and "Run Lola Run," the video is in part a love letter to the period marking the band's sophomore album, Road Apples (1991), and drops ahead of the next wave of new material from this storied period in the band's history.

Director Sara Basso, who also directed the music video for "Ouch," said, "When I was asked to come up with a music video concept for 'Not Necessary,' I wanted to continue expanding the world of Saskadelphia and create a kind of follow-up to 'Ouch.'" She continued, "As the band's fans discovered the many easter eggs hidden in the 'Ouch' visuals, some commented on Jay 'blowing high dough' and asked where he got the money. This inspired the heist concept of the new video, but I also wanted to give room for new characters to enter the world. 'Not Necessary' actually plays as the prequel and tells the other side of the story to 'Ouch.'"
Playing off the track's message about the unnecessary burdens we choose to take on for other people and in homage to rebellious women breaking free from the conventions of society, we see Emily Hampshire take on the role of a woman whose boyfriend takes off with her money and her heart. Having just robbed a bank with him, our heroine is left high and dry when he peels out of town on a motorcycle. With nowhere to go and no one to turn to, she decides to skip town and start fresh, bringing viewers along for the ride. Once more, echoing the special touches and nostalgic nods seen throughout the music video for "Ouch," fans of the iconic band will notice easter eggs scattered throughout, in subtle celebration of the band and their vast catalog of music.

Emily Hampshire said, "I obviously love the song, but I also fell in LOVE with the concept for the video. It references all my favorite movies and has such a unique style of its own. Sara's directorial vision and everyone's creative input made this such a special project that pairs beautifully with The Hip's iconic music."

Basso added, "I wrote this video treatment solely for Emily Hampshire and was beyond ecstatic when she said yes. She was a total dream to work with -- she brought such a positive, fun attitude to set and was an amazing collaborator. In fact, it was her idea to have me pick her up at the end of the video (got my Hitchcock cameo, in a vintage Porsche no less)."

To mark the 30th anniversary of Road Apples, The Tragically Hip's second studio album and first record to hit #1, the band will be releasing Road Apples 30th Anniversary Deluxe digitally on November 5th, with comprehensive physical deluxe CD and Vinyl and Pure Audio Blu-ray audio box set editions available in the U.S. starting November 19th. "Not Necessary" is from the album Saskadelphia (Universal Music Canada/UMe) released in May 2021 and made up of six previously unreleased tracks written in 1990 during the Road Apples era. Watch the video below: