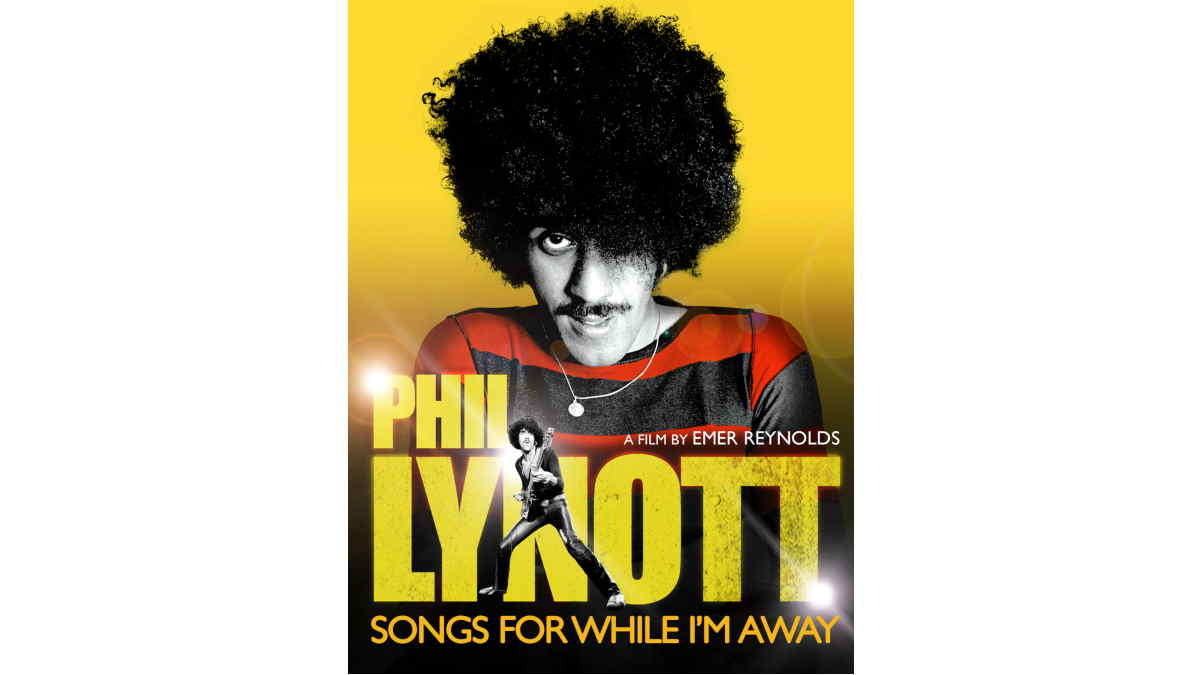 (Kayos) Mercury Studios have digitally released Emer Reynolds' documentary about the late Thin Lizzy legend Phil Lynott, entitled "Songs For While I'm Away." We were sent the following details:

Told through interviews with Thin Lizzy band members, colleagues, family members, and anecdotes from the man himself, Songs For While I'm Away paints the picture of Lynott's journey from young black boy living in 1950's working class Dublin to Ireland's premiere rock star. The film focuses on some of his iconic songs, from the initial success of "Whiskey In The Jar", to mid-1970s hits "Jailbreak," "Waiting For An Alibi," and of course "The Boys Are Back In Town," which hit #1 in Ireland, #10 in the UK, and became a hit in the US and Canada, rocketing Thin Lizzy into international superstardom. As a songwriter and poet, Lynott infused his roots into these songs, creating narratives that fans the world over could relate to.

Sadly, the world lost Phil Lynott in 1986, three years after Thin Lizzy broke up. However, he is forever remembered for his music and contributions to Rock 'N' Roll, and is even commemorated with a life-sized historical landmark statue in Dublin. Songs For While I'm Away further cements his importance as a musician and artist.

Songs For While I'm Away is a Globe Production in association with Fís Éireann/ Screen Ireland. It is produced by Alan Maher and John Wallace for Cowtown Pictures and Peter Worsley for Eagle Rock Films and directed by Emer Reynolds.

This beautiful film is a must see for anyone that's even a fraction of the Phil Lynott fan that I am. There's so much footage I've never before seen. 'Songs For While I'm Away' is electric.- Damon Johnson, Guitarist (Thin Lizzy, Black Star Riders, Brother Cane, Alice Cooper)

Finally a fitting tribute to one of rock's all time great legendary talents. For those that are fans of Lizzy and Phil you will love this fantastic film, for those that don't know Lizzy beyond a song or two it will give you a greater understanding of his brilliance and influence -- Eddie Trunk, DJ & TV Personality. The film is available here and watch the trailer below: