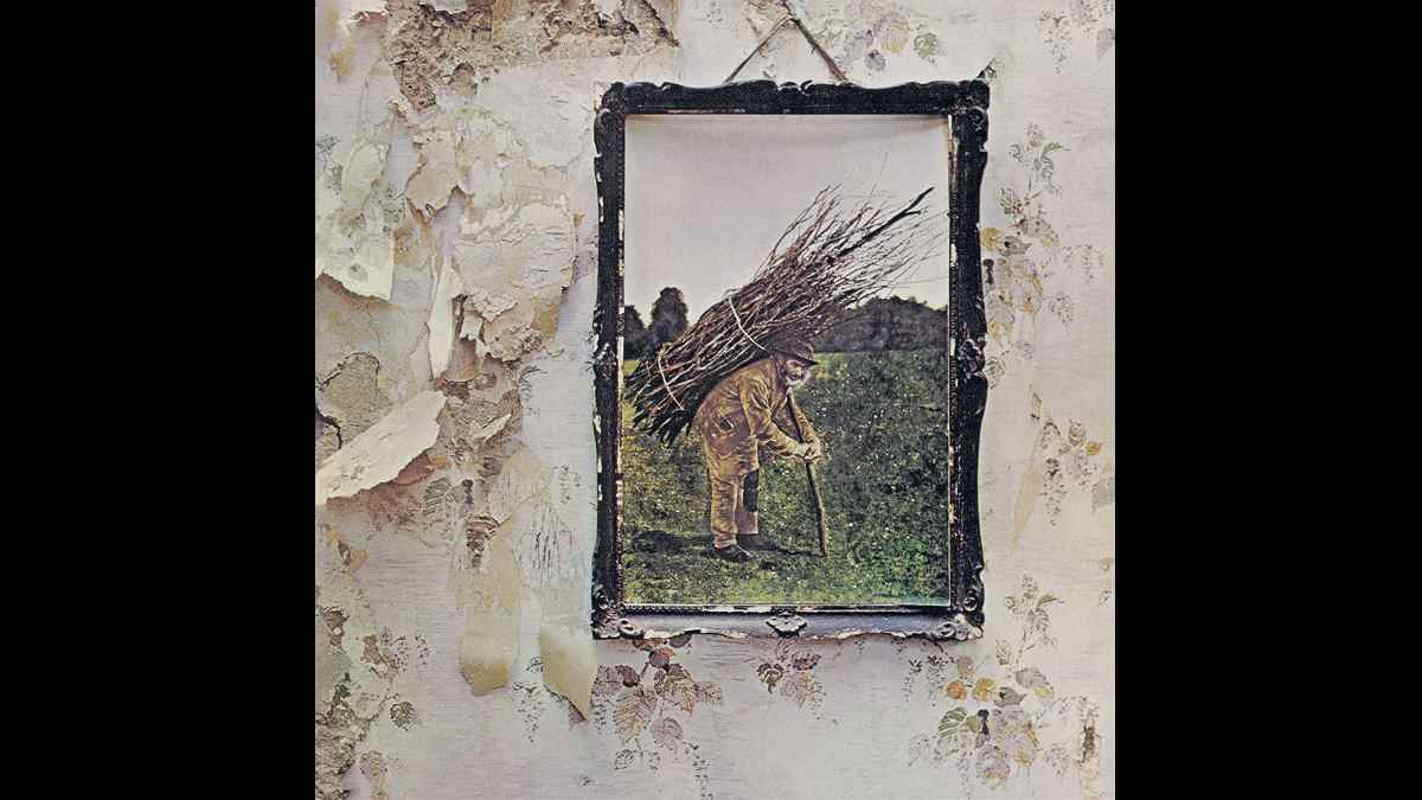 (hennemusic) Led Zeppelin are celebrating the 50th anniversary of the November 8, 1971 release of "Led Zeppelin IV" with references to the milestone across its social media channels.

One of the most influential and commercially successful albums in the history of music, the band's fourth album topped the charts in the band's native UK and elsewhere, and reached No. 2 on the US Billboard 200 on its way to sales of more than 37 million copies worldwide, including 24 million in the US alone.

Following the fall 1970 release of "Led Zeppelin III", the band worked on writing new material for the project, with early recording sessions beginning in London at Island Studios in December before moving to a mansion in Hampshire, England named Headley Grange; they converted the house into a recording studio and used The Rolling Stones Mobile Studio to record most of the album's basic tracks with engineer Andy Johns, who also engineered some of "Led Zeppelin II" and "III".

"After the brief stay that Robert [Plant] and I had at Bron-Yr-Aur cottage [while working on 'Led Zeppelin III'], I could see a situation where we all resided at Headley Grange and had a recording truck," recalls Jimmy Page. "I was keen on this whole idea of using it as a workplace so you could concentrate totally on the effort of making the music, while residing at the location."

"It was all a bit experimental," adds John Paul Jones. "But it was the first time we'd actually stayed together. Before, we were recording in studios...and it was always hotel, studio, hotel, studio. We'd never been in one place and had recording facilities there. So that was really a new way of working for us, and I think it was a really good way. We just had this huge old room with a big fireplace with all the equipment set up. And you could just wander down and start stuff up if nobody was there, or if somebody else would turn up, there would be a bit of jam. There was music making in some way all the time, which, as you can see by the result, worked out pretty well."

The country setting provided inspiration and a focus to the proceedings, according to Robert Plant, who recounts the writing of "Stairway To Heaven."

"I was sitting next to Jimmy in front of the fire at Headley Grange," Plant explains. "He'd written this chord sequence and was playing it to me. I was holding a pencil and paper and suddenly my hand is writing the words 'There's a lady who's sure all that glitters is gold...' I sat there, looked at the words and almost leaped out from my seat. Looking back, I suppose I sat down at the right moment."

When the basic tracks for the album were finished, the band returned to London to record "Stairway To Heaven" and added overdubs to the Headley material at Island Studios. Soon after, Page traveled to Los Angeles to work on the initial mix of the album at Sunset Sound studios before later returning to Island Studios for additional mixing; the final mix was then delayed until July to accommodate the band's spring and summer tours.

The untitled album was issued with no text on the front or back covers, including the band's name or an album title, which was a radical idea at the time, especially for a band with Led Zeppelin's profile.

"After the release and success of the third album, we were still getting negative reviews about the albums and concerts in certain trade journals in America," Page recalls. "And even after the third album, it was being said that we were 'a hype' and one thing and another. It was slightly aggravating. It seemed as though it would be an interesting proposition to actually put out an album with no information on it at all...and see how it would sell." Read more here.