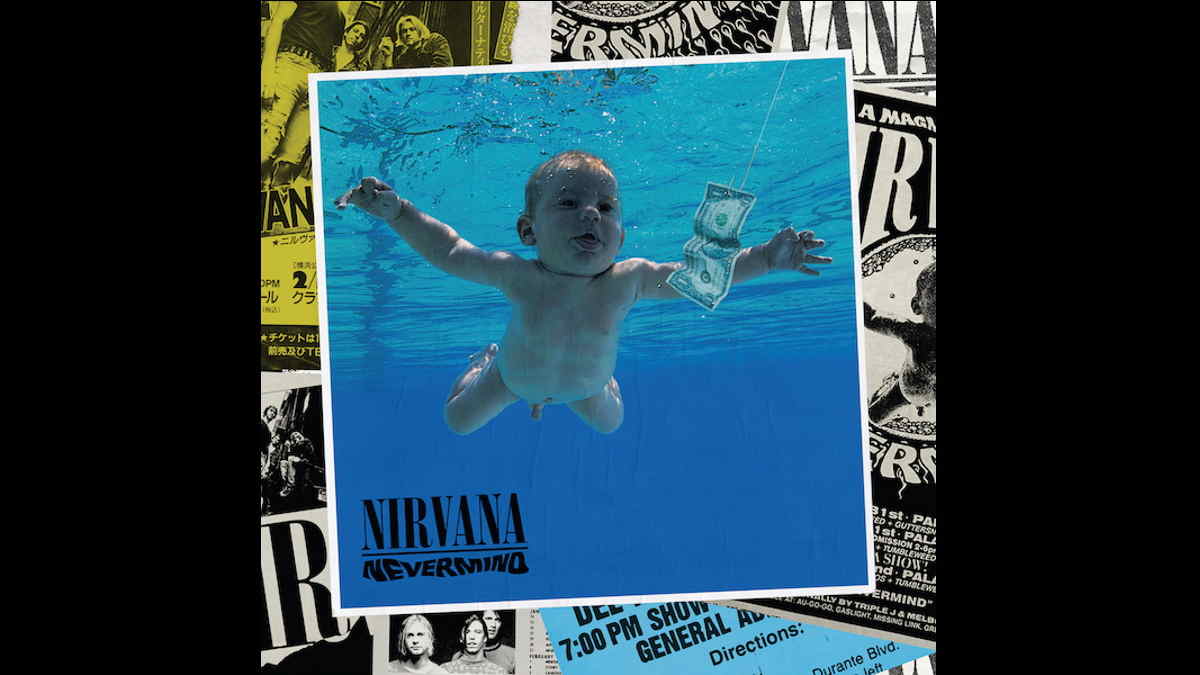 (hennemusic) A lawsuit brought against Nirvana by the man who was photographed as a baby for the cover for their 1991 album, "Nevermind", has been amended to cite journal entries by Kurt Cobain in a new filing in a federal court in Los Angeles this week.

30-year-old Spencer Elden originally took legal action this summer over allegations of child sexual exploitation based on his claim that the nude image of him as a four-month-old in a swimming pool constitutes child pornography.

According to Rolling Stone, Elden has updated the filing to highlight excerpts from Cobain's personal journals - which were published by Riverhead Books in 2002 - ostensibly to further build the case that the "Nevermind" cover was meant to be "lascivious."

The new paperwork states: "Undated journals written by Cobain sketch the album cover in a sexual manner, with semen all over it. In several instances, the journals describe Cobain's twisted vision for the Nevermind album cover, along with his emotional struggles: 'I like to make incisions into the belly of infants then f**k the incision until the child dies.'"

The original suit sought damages of at least $150,000 from each of the 15 named defendants, who include surviving band members Dave Grohl and Krist Novoselic; the managers of Kurt Cobain's estate; Cobain's former wife Courtney Love; and Weddle; the revised edition drops former Nirvana drummer Chad Channing as a defendant in the case, and no longer names Warner Music, nor Heather Parry and Guy Oseary, who were previously listed as managers of Cobain's estate. Watch the trailer for the "Nevermind" reissues here.