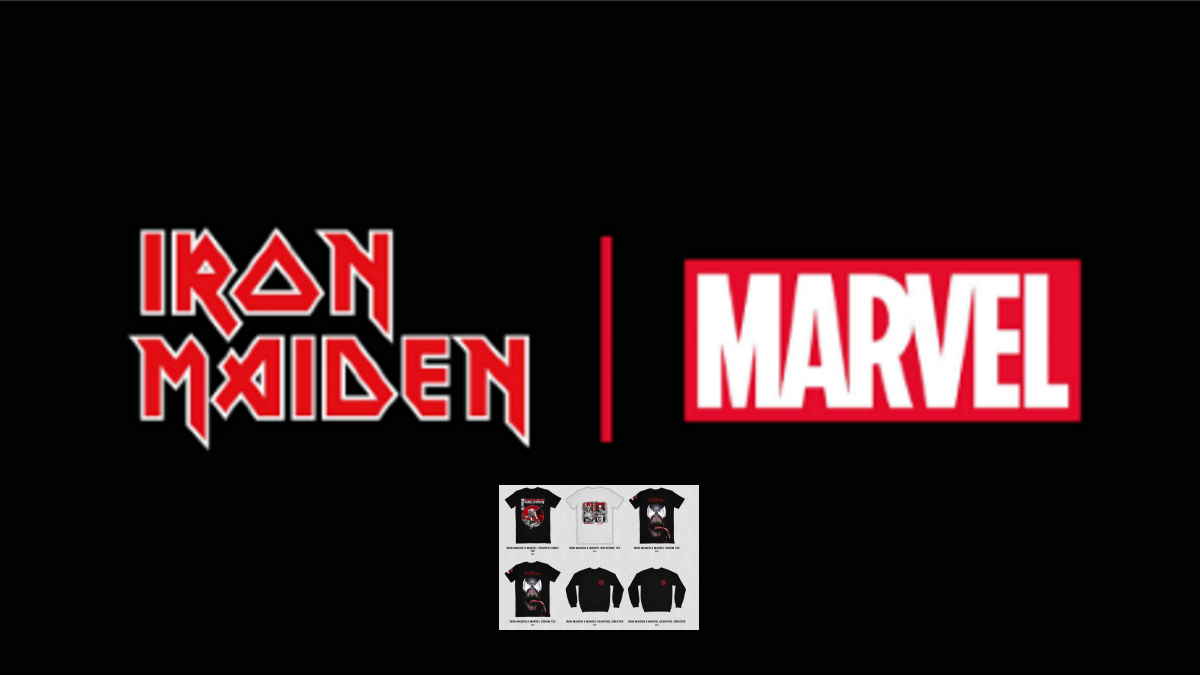 Iron Maiden have teamed up with Marvel for a special cobranded merch line that blends the band's famed mascot Eddie with Marvel characters.

According to the announcement, "This collaboration interweaves the universes of both brands, with designs that pay tribute to Wolverine, Venom, Thanos and Deadpool in unique variations of iconic album and single artwork such as Fear of the Dark, The Trooper and Killers."

The group's manager Rod Smallwood had this to say, "Eddie has long stood shoulder to shoulder with the greatest super heroes and we're also pretty proud of the Worlds we created for his many incarnations - from battlefields to Egyptian tombs to frozen icescapes or futuristic cities.

"Juxtaposing some of the most recognizable characters in pop art & comic book culture into planet Maiden has been an ambition of ours for years and working with Marvel and their unparalleled character-based IP is the perfect fit in this day & age.

"To see such iconic characters alongside Eddie is something our fans have discussed for years and we think that the twist of placing Venom, Thanos, Thor or Deadpool in our Maiden worlds will excite fans of both cultures."