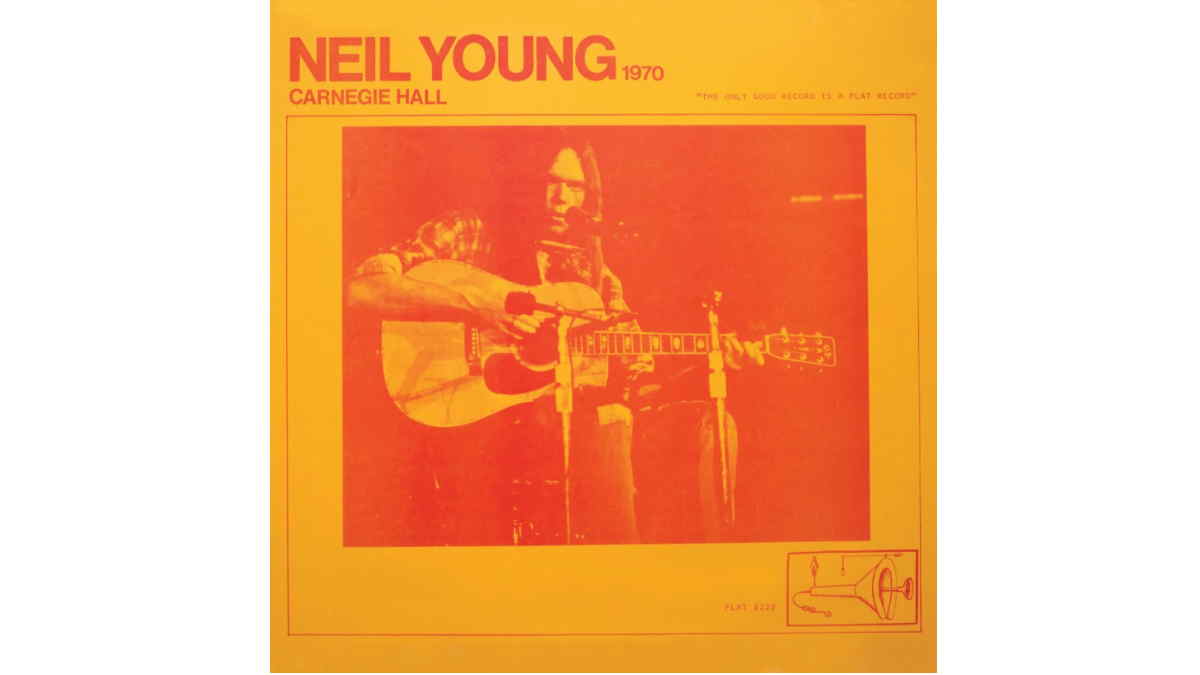 Neil Young is streaming "Flying On The Ground Is Wrong" from his 1970 Carnegie Hall performance to celebrate the launch of "The Neil Young Official Bootleg Series."

We were sent the following details: The first title in the series, "Carnegie Hall 1970," is now available on double vinyl, and double CD via The Greedy Hand Store at Neil Young Archives (NYA) and at music retailers everywhere and digitally at all DSP's including hi-res audio at NYA. Greedy Hand Store purchases of Carnegie Hall 1970 come with a free hi-res digital audio downloads from the Xstream Store at NYA.

Five more series selections will become available in 2022. Carnegie Hall was recorded on original analog multitrack and was mixed by "The Volume Dealers" -- Neil Young and Niko Bolas. This recording was made from the show on December 4th, 1970 and it was the first time Neil ever walked onstage at Carnegie Hall. There were two shows at Carnegie Hall, one on the 4th and one followed at midnight the next morning. No bootleggers ever captured this first show, and it was, by far, a much superior show according to NY.

The concert's generous setlist covers one of the most revered eras of Young's career, with stripped-down versions of the tunes "Down By the River," "Helpless," and "Sugar Mountain," plus "After The Gold Rush" from the album of the same name, released only nine weeks prior to the Carnegie Hall show. Neil even played the poignant songs "Bad Fog of Loneliness," "Old Man," and "See the Sky About to Rain" before they were recorded and released. Carnegie Hall is an album full of gems.