Can Live in Brighton 1975 Coming In December 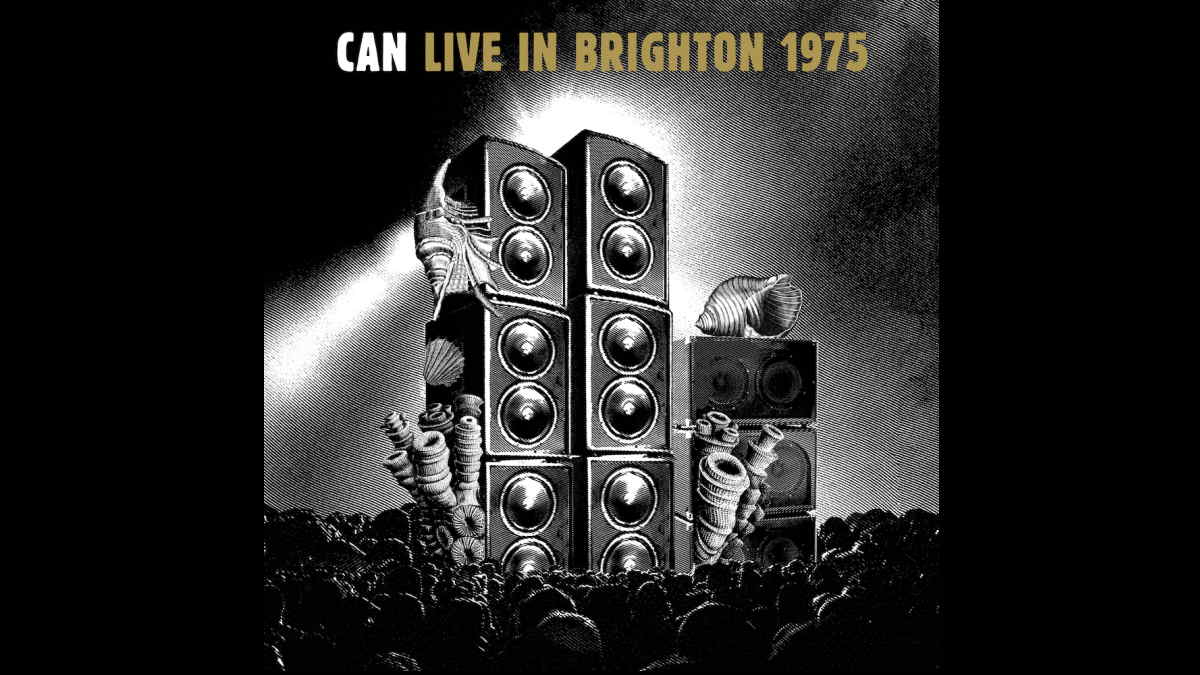 (Mute) Mute and Spoon Records today share details of the second in a series of Can live album releases. Can Live in Brighton 1975 will be released December 3 on limited edition triple gold vinyl, double CD, and digital platforms. The vinyl and CD are packaged in a gatefold sleeve with accompanying booklet.

Sleeve notes for the release are written by Can biographer, author, and editor Rob Young and British journalist Kris Needs. The latter was involved in several live Can shows at the Friars club in Aylesbury, England between 1973-1977 and his description of one of these performances - "like a delirious astral roller coaster, launch-pad a distant speck within minutes as fleeting melodies, vocal lines or rhythms... loomed like iridescent ghosts then evaporated as the spirit took them somewhere else" - manifests throughout the recordings.

Can Live in Brighton 1975 is a new insight into Can's unique live performance. On this particular release, which unfolds over seven sections, you're invited to join their interstellar journey: from a rare and evocative Michael Karoli vocal on "Brighton 75 Drei," to Jaki Liebezeit's incredible drum lead emerging through a fog of audience noise to take centre stage on "Brighton 75 Vier," before the final track lands us in an incredible "Vitamin C" jam for "Brighton 75 Sieben."

Can Live in Brighton 1975 Coming In December

Jerry Cantrell Takes Fans Behind The Scenes of 'Brighten' Video

The Pretty Reckless Unplug For 'Only Love Can Save Me Now'