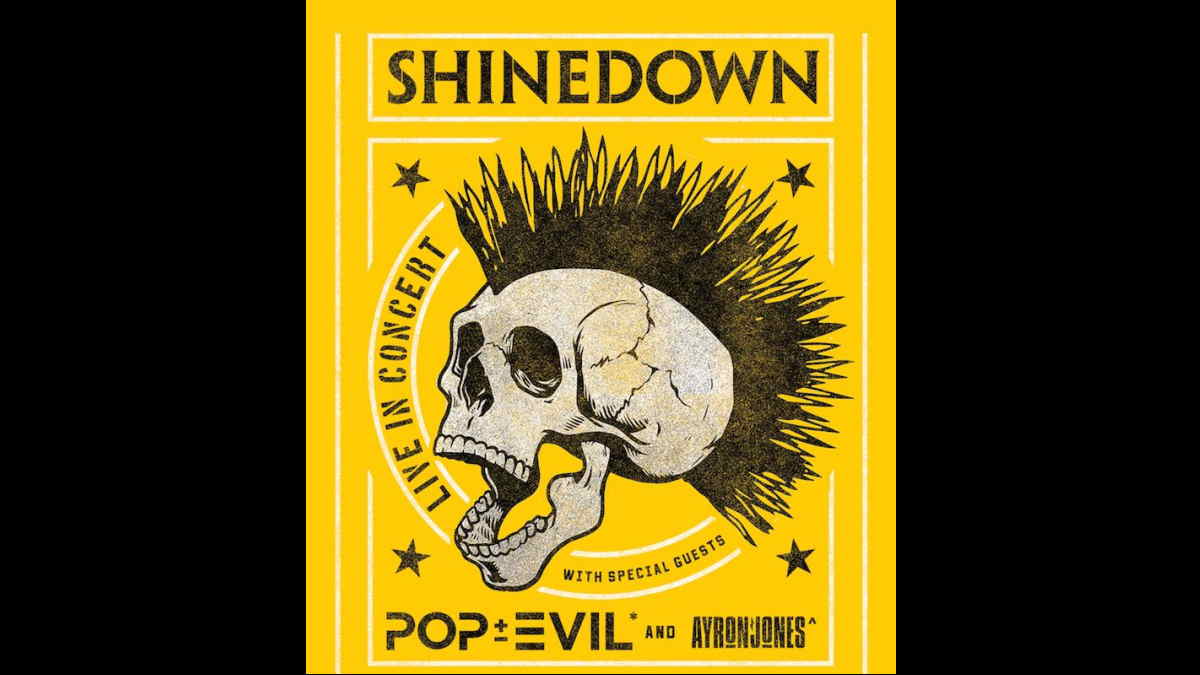 Shinedown have announced that they will be launching a North American headline tour early next year that will feature support from Pop Evil and Ayron Jones on select dates.

They will be kicking off the trek at the Warfield in San Francisco, Ca on January 26th, 2022 and will conclude the tour on February 27th in Montreal, QC at MTelus.

Ayron Jones will be supporting on all dates and Pop Evil will be joining the tour beginning on February 10th when the tour hits Abbotsford, BC. General public tickets go on sale October 15th at 10AM ET. See the dates below: