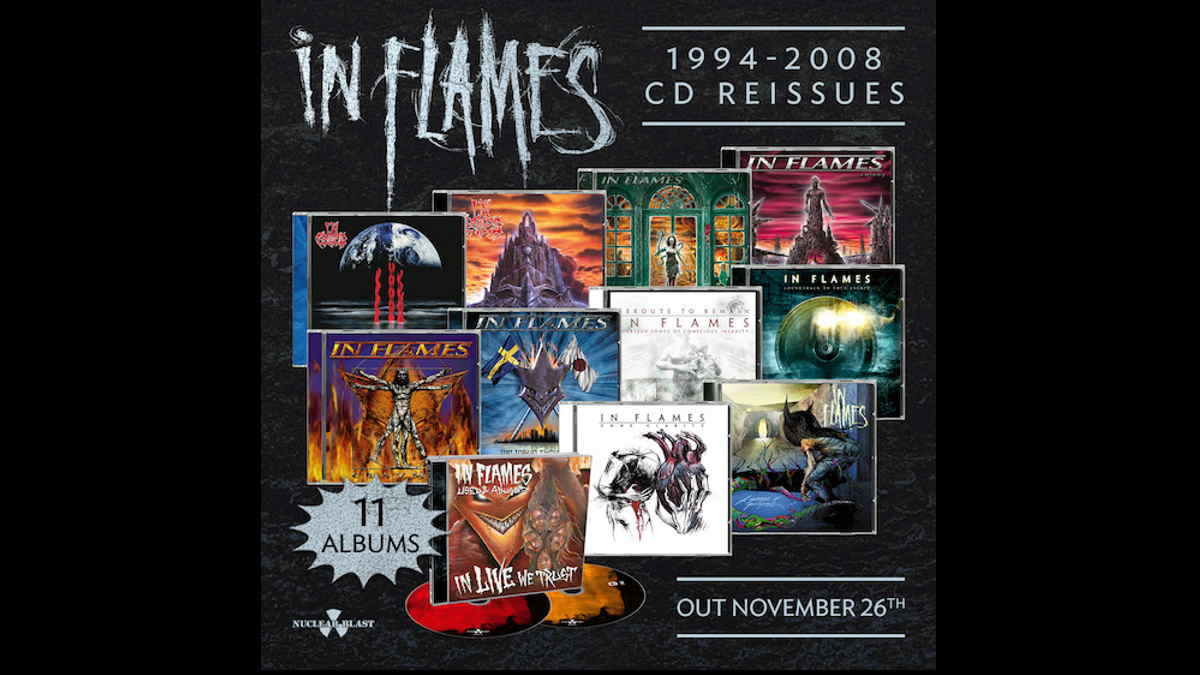 In Flames have announced that they will be reissuing their classic albums and EPs from 1994-2008 that were previously unavailable and out-of-print on CD, on November 26th.

Frontman Anders Friden had this to say, "I'm thrilled to know that we have a label that still believes and supports the physical format. This is a great opportunity to pick up any records from the In Flames catalogue you may have missed. Enjoy our music on compact disc as it was originally released." Preorders are available here.