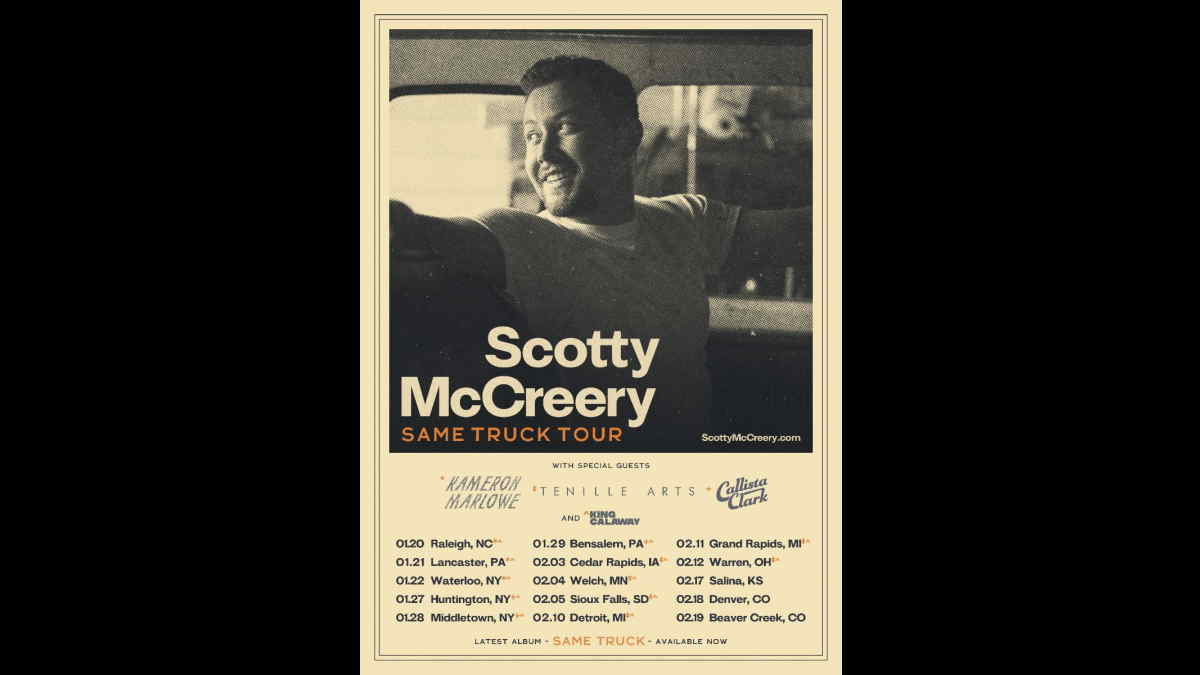 Scotty McCreery has announced that he will be hitting the road early next year to launch his Same Truck Tour, which will visit 15 cities across the United States.

He is launching the tour in support of his new studio album, "Same Truck", and will be kicking things off on January 20th at The Ritz in Raleigh, N.C. and trek will featured varied support from Kameron Marlowe, King Calaway, Callista Clark and Tenille Arts.

McCreery had this to say, "I am looking forward to kicking off 2022 with my Same Truck Tour. I'm also glad to have Tenille, Callista, Kameron and King Calaway joining us for select dates. It's gonna be a great way to start the new year!"

Tickets will go sale this Friday, October 29th, at 10AM local time. See the dates below: