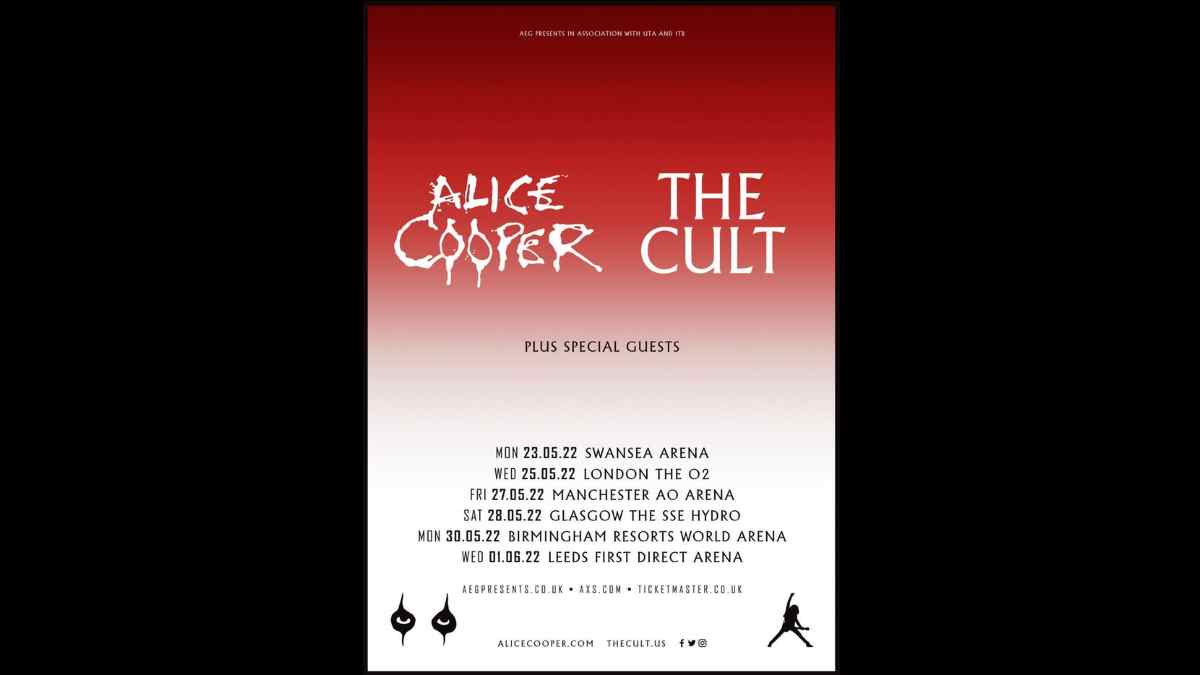 Alice Cooper has announced that he will be teaming up with The Cult next spring to launch a coheadlining tour that will visit arenas across the UK.

The trek will be kicking off on May 23rd in Swansea at Arena and will include stops in London, Manchester, Glasgow and Birmingham before wrapping up on June 1st in Leeds at the First Direct Arena.