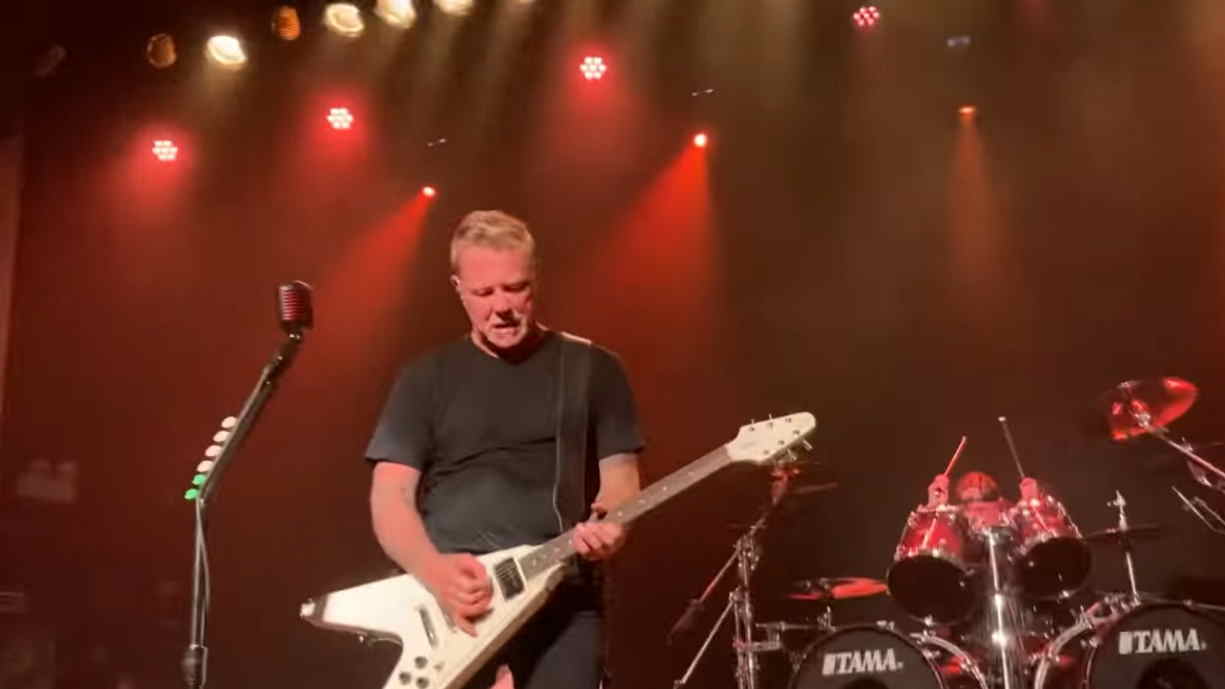 (hennemusic) Metallica played a surprise club show in Chicago, IL on September 20th and some fan filmed video footage from the performance has been shared online.

The event marked the band's second last-minute gig in the past week, following a September 16 appearance in San Francisco, CA as they promote the newly-released series of 30th anniversary issues of their 1991 self-titled album classic.

"THAT was way too much fun last week as we finally played in front of real live fans for the first time in over two years in our hometown of San Francisco," posted Metallica as they announced the show via social media. "So why not do it again?? This time we're in Chicago and we'll be hitting the stage at the storied Metro on Clark Street tonight... our first time back there since 1983!!"

Metallica performed a 16-song set featuring material from their throughout their four-decade career. "CHICAGO!!!!!! Last night was insane!," shared the group online the following day. "Thanks to all of you who were able to come out to the Metro Chicago on such short notice... it was a night to remember!"

The first week of sales for the 2021 reissue series of The Black Album helped the record return to the US Top 10 for the first time in 29 years. Watch some fan footage from the show here.