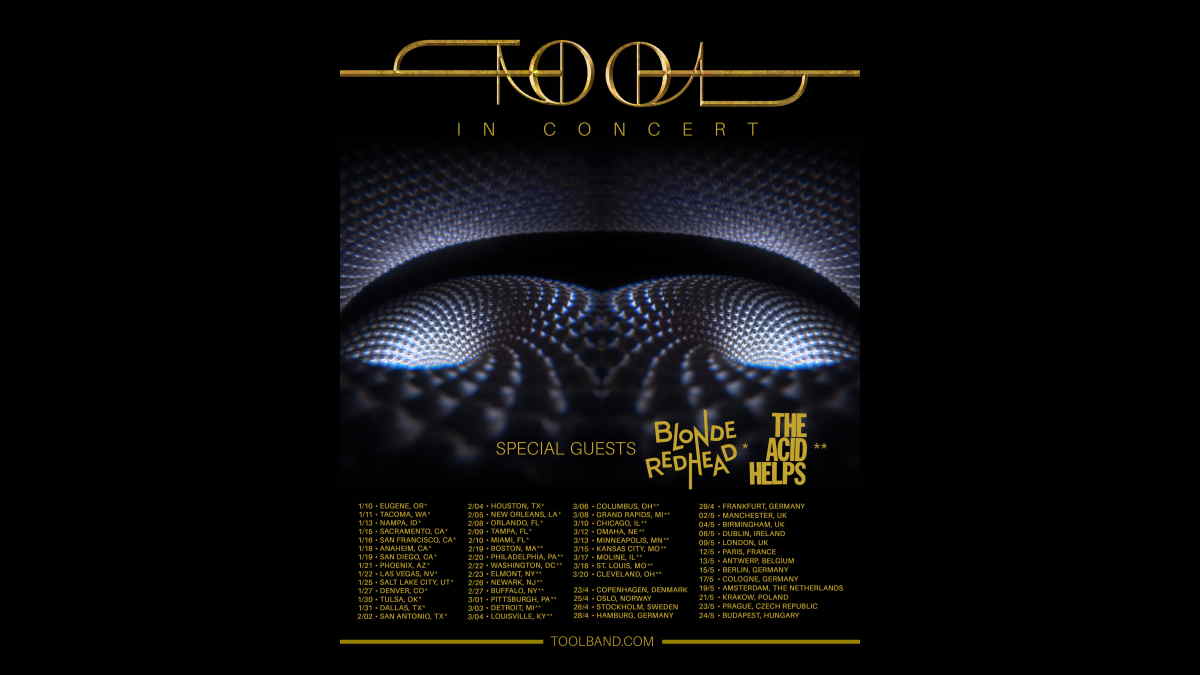 Tool have announced that they are returning to the road following their aborted Fear Inoculum Tour, with a massive 2022 tour that will visit the U.S. and Europe.

The band's previous tour was sidelined by the pandemic lockdown, but the band is ready to get back on stage beginning with the U.S. leg that will launch in January and run through March.

Support for the U.S. trek will come from Blonde Redhead January 10th through February 10th. The Acid Helps will be taking over from February 19th through March 20th.

After a short break. the band will cross the pond to launch the European leg in April and that trek will run until May 24th. Danny Carey had this to say, "It is with great pleasure I get to announce our return to the road.

"These past 18 months have been trying to say the least but from great trials come great lessons and great rewards. We are genuinely looking forward to sharing them with you." See all of the dates below: