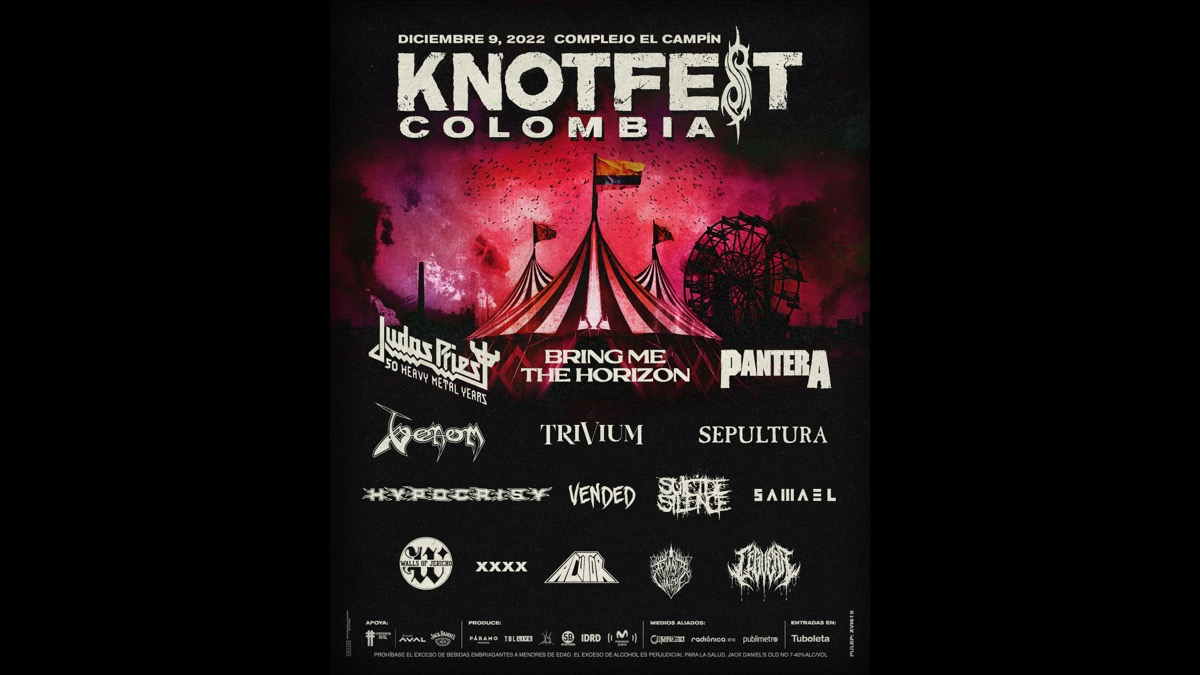 The Pantera reunion featuring Phil Anselmo and Rex Brown, joined by Zakk Wylde and Anthrax's Charlie Benante, will highlight the lineups of three of the four Knotfest events that will be taking place in South America later this year.

Slipknot and Judas Priest will be headlining all of the festivals, which are set for the just announced Columbia, and Argentina (a Knotfest Roadshow), as well as the previously announced Brazil and Chili.

Pantera will appear at the three Knotfest events, but the not the Roadshow in Argentina. Knotfest Columbia will take place on December 9th at Campin Circuit of Bogota and will include Bring Me The Horizon, Trivium, Hypocrisy, Sepultura, Suicide Silence and Sold, with more bands to be announced.

Chili will be happening on December 11th Estadio Monumental in Santiago, with Brazil taking place on December 18th at December 18th, 2022 at Sambodromo do Anhembi in Sao Paulo, featuring sets from Bring Me The Horizon, Mr Bungle, Trivium, Sepultura, Motionless In White, Vended and Project 46.

The two special Knotfest Roadshow concerts in Argentina will be taking place at the Movistar Arena in Buenos Aires, with Slipknot headlining the first show on December 8th, and Judas Priest leading the bill on December 13th. More artists are still to be announced.

Pantera has also been tapped to coheadline the first night of the Hell & Heaven Metal Fest with the Scorpions on December 2nd at Foro Pegaso in Toluca. Mexico.