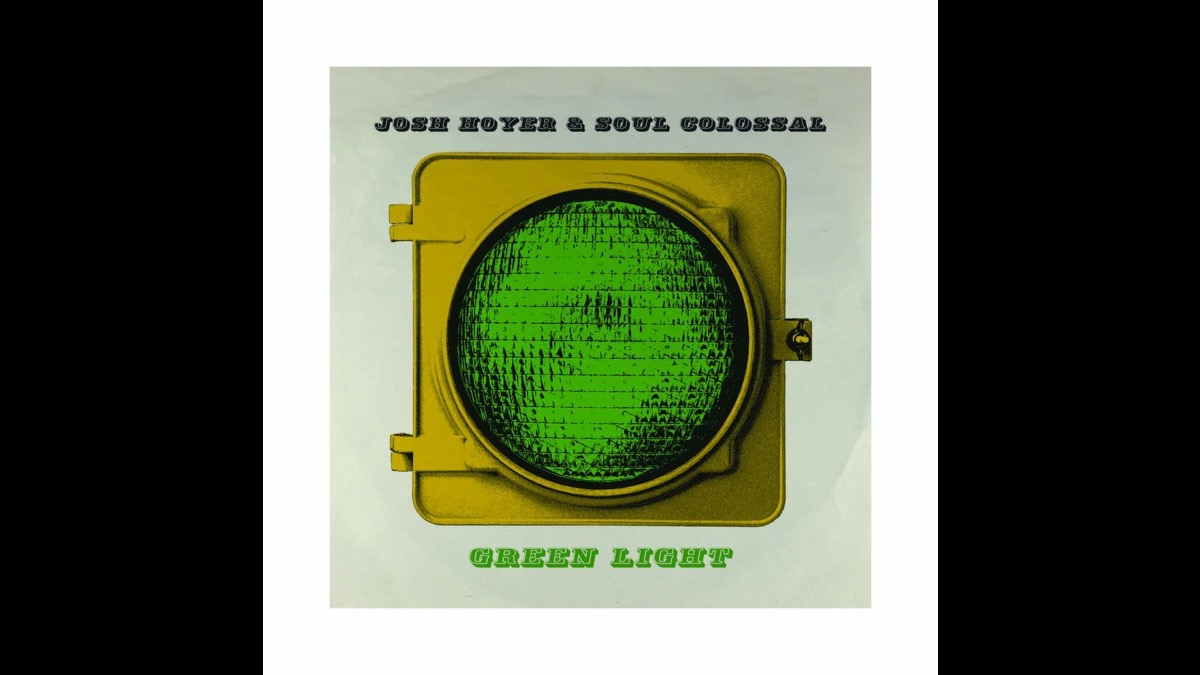 (Hello Wendy) "Moving people through the power of soul music, that's what it's all about," says Josh Hoyer of his band's sixth studio album, Green Light, released on October 21, 2022. "You'll hear the sounds of pain, solitude and spiritual reckoning - a heartfelt reaction to the realities of today."

Josh Hoyer & Soul Colossal have lived up to their name for the past decade, spreading bold yet nuanced soul/R&B through constant touring and regular releases. Averaging 125 shows a year and already eight albums deep (including live releases), the ultra-authentic sextet is sharing the healing power of love and empathy through melody, lyricism, groove, and dance.
"Whether it gives people courage or solace, joy or a place to heal, that is what my creations are for," asserts Hoyer. "To show them that they are not alone. To bring people together."

A performer since childhood, Hoyer discovered his songwriter's voice through high school jazz choir improvisation. He later honed his talent with years of jamming in the famed blues and roots scene of his native Lincoln, Nebraska, and its legendary Zoo Bar. Having further shaped his songcraft with spells in Oregon and New Orleans, he returned to Lincoln where he was mentored by the likes of Little Jimmy Valentine of The Heart Murmurs, renowned bluesman Magic Slim, and late guitarist/singer Sean Benjamin. "Hoyer sang with fire and a natural joy," raved Rolling Stone after his powerhouse performance on Season 12 of NBC's The Voice (Team Blake).

The COVID-19 pandemic forced Hoyer off the road but also gave him time to take pause and patiently craft the album of his life in Green Light. The result is an instant genre classic that can be savored as a coherent yet emotionally dynamic collection or as ten standalone singles, each distinct in tone, identity, and message.

"This album was my therapy and way of making sense of all the turmoil," Hoyer reflects. "Music that would serve both as a time capsule and a lasting message of reckoning and hope."

Green Light is effectively a "best of" that era, culled from around 40 songs. Its title references both the "green light" given to the music world to return after lockdown and the "go" signal for Soul Colossal to motor into the mainstream after years of under-the-radar acclaim and adulation.

"This is our masterpiece so far ... full of great playing and sincere truths," offers Hoyer. "It stays true to our sound that we have cultivated over the years, but with it we added a steadfast focus to make something fantastic that we would be happy with one hundred percent."

The entire Hoyer-produced album was tracked, mostly live, in less than 48 hours at Denver's Mighty Fine Studios and mixed by James Fleege at Silver Street Studios in Ashland, Nebraska.

The love, sweat, and tears poured into Green Light are palpable in its elevated songwriting, eloquent lyrics, taut performances, and Hoyer's tinglingly emotive vocals. It communicates on multiple levels, shaking booties while shaking off complacency. Both a celebration and a call to action, a sharing of and a shelter from universal angst, Green Light is a timeless record that far transcends its instant-gratification good vibes and irresistible, sinewy grooves.

Buoyant first single and album opener "Evolution" reflects Hoyer's realization that the pandemic presented a golden moment of understanding how connected our world has become and the importance of focusing our reverberating actions on evolution rather than further division.

Follow-up "Mirrors" slinkily expands on that theme, inviting frank self-reflection and eye-opening education while questioning how, and from whom, we form opinions. The subtly funky "Harmony" explores our place as stewards of the planet while, on a lighter note, nimble album closer "Shou Shou Do" employs the "silly language" Hoyer speaks with his daughters.

"We want to connect with everyone in the room and serve the greater purpose of moving and healing people through music," Hoyer concludes.

Expect Green Light to propel Josh Hoyer & Soul Colossal toward further headlining slots, high-profile tours, and into speakers and ears wherever an honest, singular, and richly soulful voice - musically and emotionally - is cried out for.