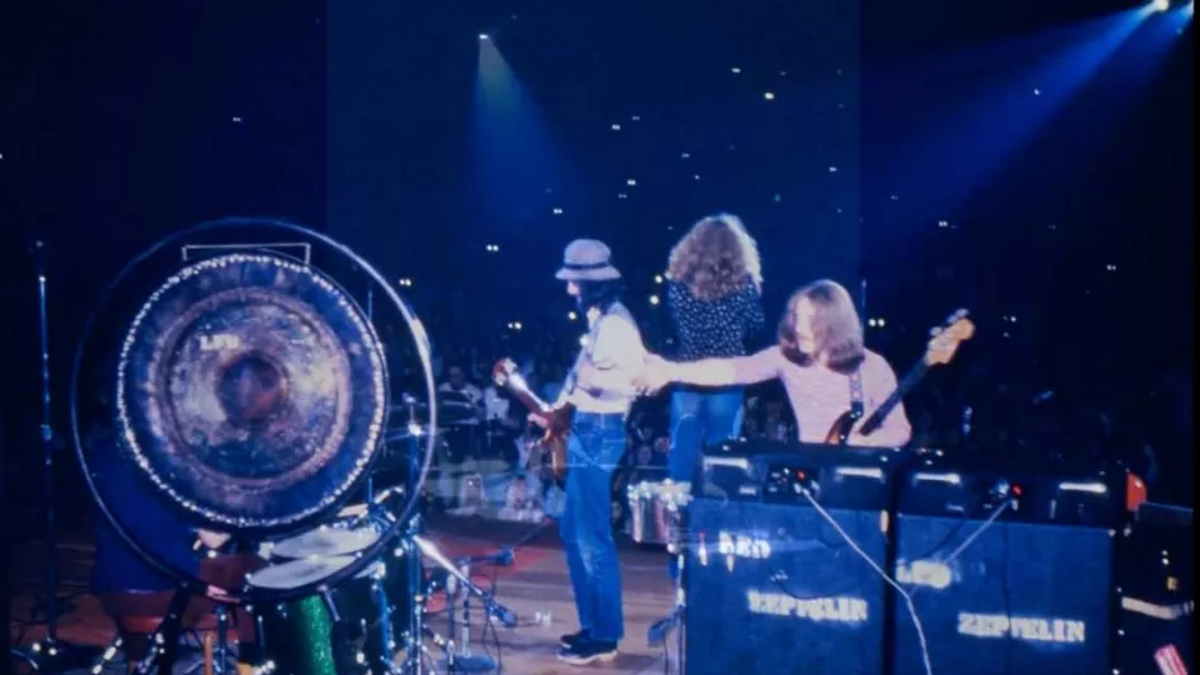 (hennemusic) Rare, unearthed video footage of Led Zeppelin's September 4, 1970 concert at the LA Forum has surfaced after five decades in storage and is now streaming online.

As Rolling Stone reports, the film was shot by a fan named Eddie Vincent, who snuck a Kodak Brownie 8mm camera into the arena. "When my friends and I got to the Forum, I tucked it under my jacket," Vincent says in the introduction to the video. "There weren't any problems at the door back in those days. The seats were excellent, first row behind the stage. We were behind John Bonham's gong, so you couldn't really see him much, but the sound was great."

The Forum show saw the group deliver a 2-hour, 16-song performance that opened with "Immigrant Song" and closed with a cover of "Blueberry Hill", which was originally recorded in 1940 by Sammy Kaye And His Orchestra and made famous with Fats Domino's 1956 version, as US No.2 hit.

Vincent recently unearthed his footage and sent it to fellow Zeppelin fan John Waters, who paired it with audio from the bootleg, "Live On Blueberry Hill", before sharing it online via YouTube.