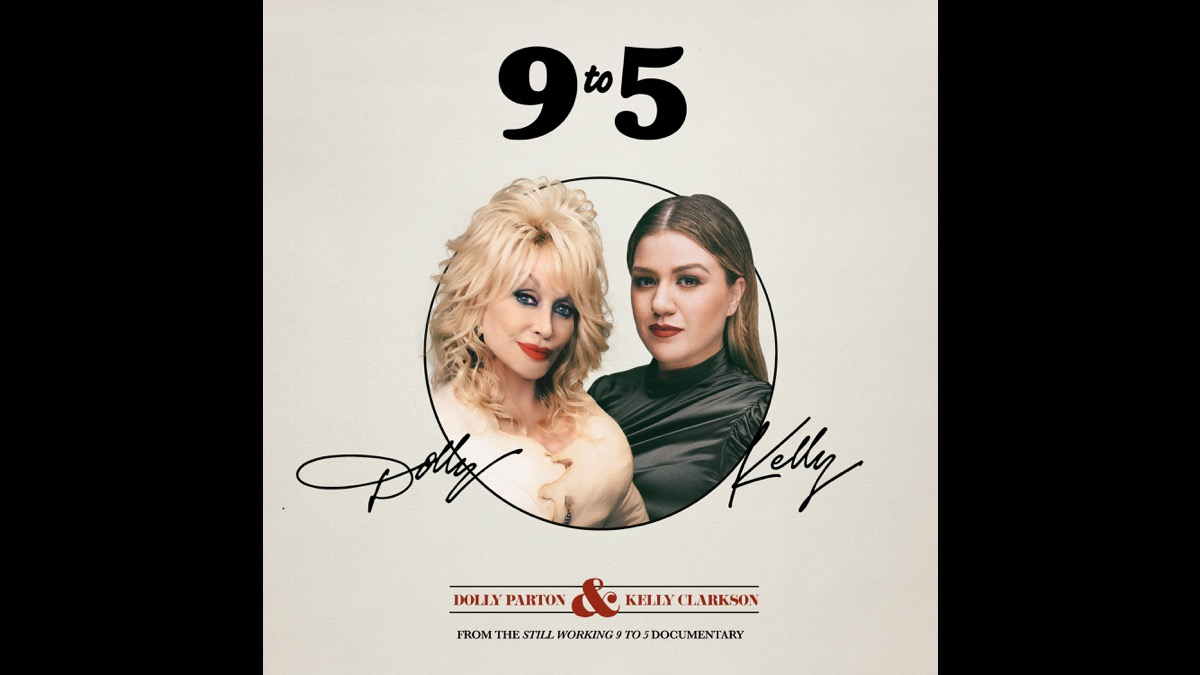 (Atlantic Records) Music icon Dolly Parton has teamed up with Kelly Clarkson for a brand new duet version of her hit song "9 to 5," ahead of the "Still Working 9 to 5" documentary (premiering September 16th).

The GRAMMY Award-winning artists teamed up with the film's executive producer Shane McAnally, Sasha Sloan & King Henry to reimagine the classic song into a melancholic yet inspirational anthem over 40 years after the original's release as the fight for workplace equality persists.

Written and recorded by Dolly Parton and produced by Gregg Berry, the original "9 to 5" debuted in 1980 in tandem with the film of the same name starring Parton, Jane Fonda and Lily Tomlin. The song went on to receive an Academy Award nomination for Original Song and four GRAMMY Award nominations - winning two of the latter for Best Country Song and Best Female Country Vocal Performance.

"Nobody sings like Kelly Clarkson. She makes any song come alive. I love her voice on 9 to 5 and I am so proud I got to sing with her on it. I'm equally as proud of the wonderful arrangement and production by Shane McAnally." - Dolly Parton

"I am so honored that Dolly asked me to reimagine this iconic song, '9 to 5,' with her! She is so talented, an inspiration to all women, and one of the sweetest people you will ever meet! I hope y'all like what we did, but even if you don't, remember I got to sing a duet with the magical Dolly Parton and now have bragging rights til the end of time!" - Kelly Clarkson

"It is a wildest dream scenario to work with 2 of the world's greatest singers on one of the all-time greatest songs. Co-produced and rearranged with my friends Sasha Sloan and King Henry, this classic has taken on a brand new life 40 years after its original chart run, and I am so grateful to be a part of the first time Dolly and Kelly have recorded together. I have a feeling it won't be the last." - Shane McAnally

Cheat Codes And Dolly Parton Share 'Bets On Us'